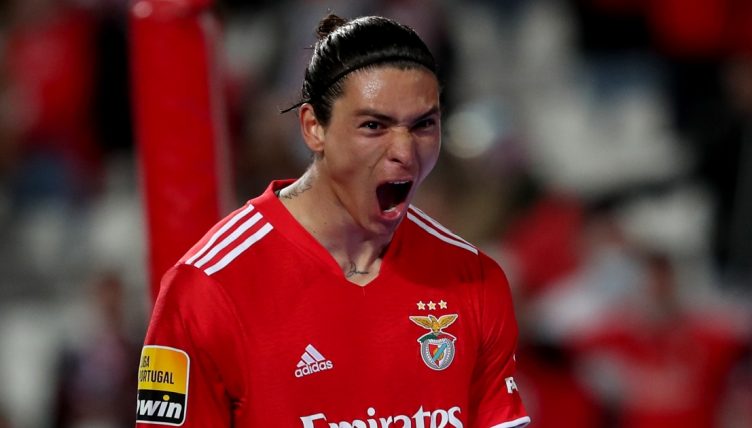 Manchester United will be in the market for a new striker this summer and are reportedly interested in Benfica and Uruguay forward Darwin Nunez – but how does he compare to United’s current options?

The Red Devils have experienced a tough Premier League campaign, and they are presently four points behind Arsenal, who have a game in hand and occupy the final Champions League spot.

They face the potential prospect of missing out on the competition next term, but United are still expected to spend heavily in the transfer market.

Interim boss and future advisor Ralf Rangnick has already confirmed plans for a younger striker with Edinson Cavani expected to leave when his contract expires in June and the future of Cristiano Ronaldo is still uncertain.

Benfica are looking for a fee of around €75 million (£63m) for Nunez, who has shone in the Champions League this season. The 22-year-old has scored four times against the likes of Bayern Munich, Barcelona and Ajax during the Portuguese side’s run to the quarter-finals.

English audiences will get a closer look at Nunez as Benfica face Liverpool in the last eight but how would the Uruguay striker fit in at Old Trafford should he make the move?

Benfica break the deadlock in Amsterdam! 😤

Onana comes out to try and catch Grimaldo's free-kick, but it's Darwin Nunez who pounces first and powers home a header.

A HUGE goal in the tie 💥#UCL pic.twitter.com/6WB90JCnH4