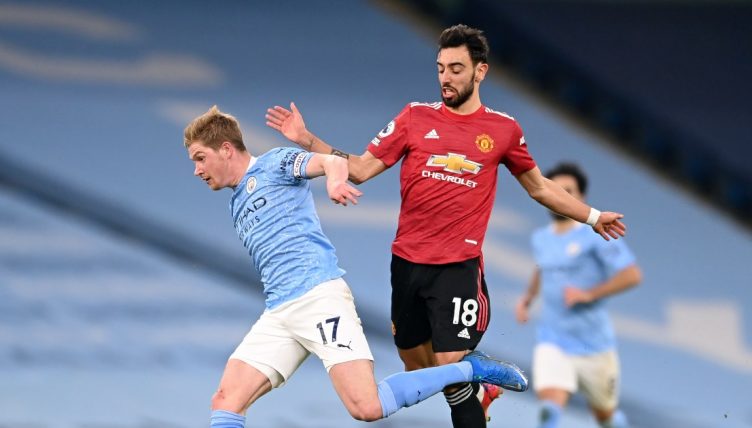 Manchester United’s Bruno Fernandes and Manchester City’s Kevin De Bruyne are two of the best midfielders in the Premier League – but how do the two compare?

Fernandes has been at the centre of everything United have done well since he arrived in January 2020, and his goalscoring numbers during his season and a half were mind-boggling.

But the Portugal international has been vocal about not caring for numbers too much.

“The most important will always be the team,” he said to the Manchester United official website on his second anniversary at the club.

“No player can say they don’t care about scoring goals or doing assists but I want to do that together with a good result.

“If we don’t get both, I will never be happy, I prefer to have a win than a goal or assist.”

Similarly, De Bruyne has played down the idea of individual records and awards as well.

“Individual awards do matter but they come secondary,” he said to Sportsmail after winning his second successive PFA Player of the Year award last season.

“You don’t start the season aiming to win the PFA Player of the Year, you aim to win the Premier League and other trophies.

“This doesn’t stop for me.”

But no matter how much they both try to dismiss it, there’s no way around the fact that the two put up exceptional numbers.

They have both been compared to each other an endless amount, with the two seen as different shades of the same position.

But how do their stats actually compare?

🔴 Bruno Fernandes has registered the most assists in the #UCL this season (7) 🤙 pic.twitter.com/JryJfZScPe