Comparing Bruno Fernandes’ Man Utd record with and without fans 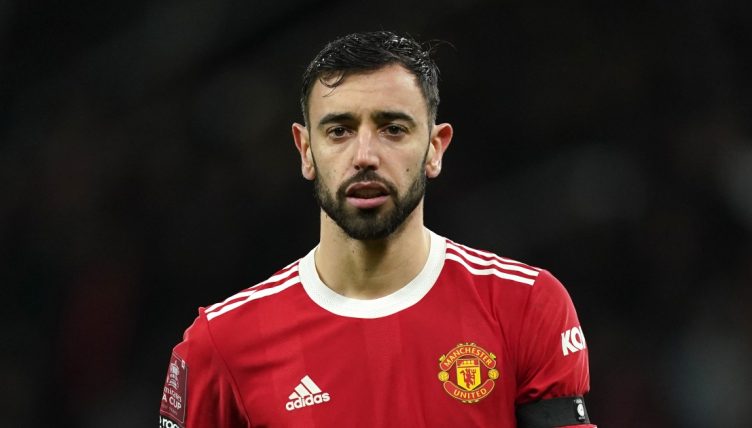 Bruno Fernandes has been hailed as a transformational signing since joining Manchester United in January 2020 but he’s struggled to maintain his 2020-21 form since fans returned to the stands last summer – and the numbers bare this theory out.

Fernandes’s arrival under Ole Gunnar Solsjkaer was like a shot in the arm for a flailing United side. Good on the ball, authoritative and contributing a number of important goals and assists, Fernandes helped United finish 4th in 2019-20.

And the Portugal midfielder continued his red-hot form over the following campaign, scoring 28 goals and providing 17 assists for United. It’s no wonder he was named in the PFA Team of the Year.

But Fernandes hasn’t replicated this form over the 2021-22 season. Some have argued that the signing of Cristiano Ronaldo has stymied his influence – like it has for the Portugal national team.

And Fernandes’ ability to influence matches cannot have been made easier by United’s struggles this year. Whatever the reason, the 27-year-old has not performed to expectations since fans returned to the stadiums and his form will be a worry for Ralf Rangnick.

We’ve crunched the numbers and investigated the difference between Fernandes’ United stats with spectators present and when they were absent from stadiums.

And we’ve included the United results of games Fernandes played in, both with and without supporters.

🔴 Bruno Fernandes has registered the most assists in the Champions League this season (7)…@ManUtd | #UCL pic.twitter.com/Xu92sXGa0F