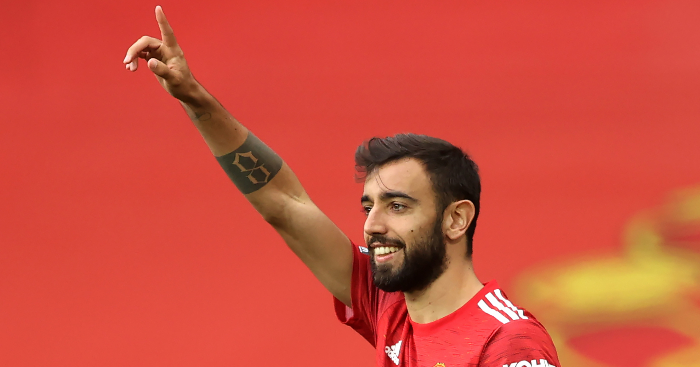 Bruno Fernandes has been at Manchester United for almost a year, but Sunday will mark the first occasion in which he plays for them against Liverpool.

The Portugal international has had a transformative effect on the club’s fortunes. Last January, 11 days before he signed, Liverpool beat United 2-0 at Anfield – a result which took them 30 points clear of Ole Gunnar Solskjaer’s side.

A year on, nearly at the midway point of the 2020-21 season, United travel to Merseyside with an opportunity to move six points clear of Jurgen Klopp’s champions at the summit of the Premier League table.

Contrast the circumstances around the two games, and the impact made by Fernandes has been nothing short of remarkable.

It’s comparable, even, to that of Mohamed Salah‘s impact when he arrived at Liverpool from Roma back in 2017 – breaking the 38-game Premier League goalscoring record in his debut season, and helping them reach the Champions League final.

The Egyptian has remained a key player as they went on to win it the following year, and the Premier League the year after that.

We’ve taken a look at their records against the Premier League’s “big six” (Chelsea, Arsenal, Tottenham and Man City alongside themselves) to compare their records, and get a feel for who is better-placed to step up and make the difference when they’re both on the pitch together for the first time since their Serie A days.

The stats apply to all competitions, but only for their current clubs, so discounting what they did whilst at Sporting and Basel, Chelsea, Fiorentina, Basel and Roma respectively. 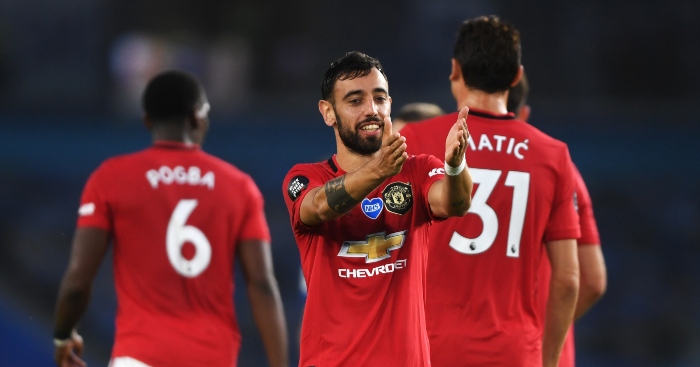