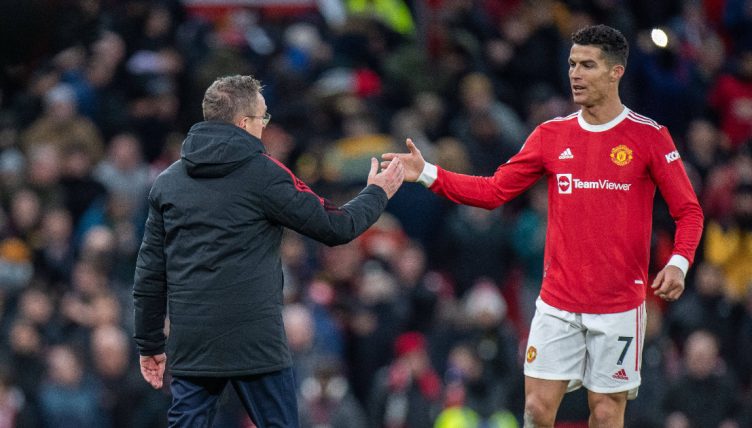 Cristiano Ronaldo has had mixed reviews since his shock return to Manchester United in the summer of 2021, with some praising his goal contributions but others claiming he’s holding United back.

United themselves have had a poor season, which saw Ole Gunnar Solskjaer sacked and replaced by Ralf Rangnick, but results have remained inconsistent.

Falling further away from the top four and set to go a fifth season in a row without a trophy, United fans have placed heavy criticism on the current squad, with Ronaldo a recipient of accusations that the team unit would benefit from playing with a different forward.

Rangnick hasn’t been afraid to drop some big names, which has seen him substitute Ronaldo off and name Bruno Fernandes on the bench at times.

Amidst claims that Rangnick is not doing enough to get the best out of the forward, we’ve taken a look at how Ronaldo’s record under the German compares to his time under Solskjaer.

Cristiano Ronaldo wins it for #MUFC in the final minute against Villarreal!

31 of the most ridiculous records Cristiano Ronaldo currently holds