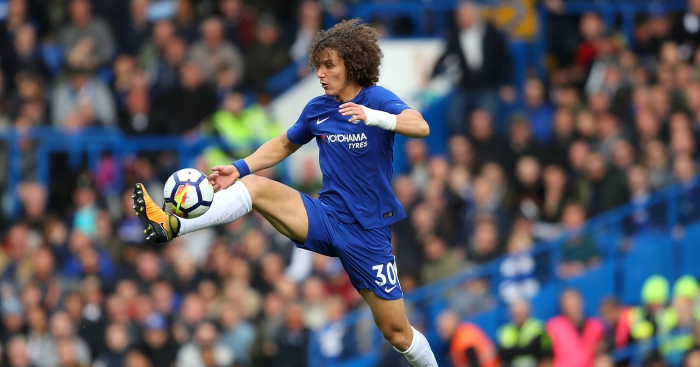 “It can change. It can change,” said Antonio Conte when pressed after the win over Manchester United on why his opinion of David Luiz had plummeted from as recently as six weeks ago.

In September, Luiz was described as “an important player for us” by Conte, who was then urging the Brazilian to forget a broken bone in his wrist for long enough to play at the heart of his defence away at Atletico Madrid in the Champions League. Luiz did so and helped Chelsea secure a crucial last-minute victory.

Fast forward to this weekend, and Luiz appears not to be as indispensable as Conte, or indeed himself, perhaps thought. He watched the victory over United from behind the dug-out, where he had the perfect view to witness his replacement Andreas Christensen play a blinder – and also his manager’s demonstrative appreciation of the young centre-half’s display.

Luiz was one of the three central defensive rocks that Conte built last season’s title success on, but as seems to be a common theme at Stamford Bridge over recent years, the former PSG star is struggling to build on that achievement.

Ever since his second debut for the club after returning from Paris last September, Luiz started all but one game – when top spot was already wrapped up – as Chelsea cruised to the title.

After Conte switched systems during Luiz’s second match back, the Brazilian began every game at the centre of a three-man defence.

That consistency helped Luiz to quieten the many concerns raised after Chelsea surprised everyone by buying him back on deadline day. 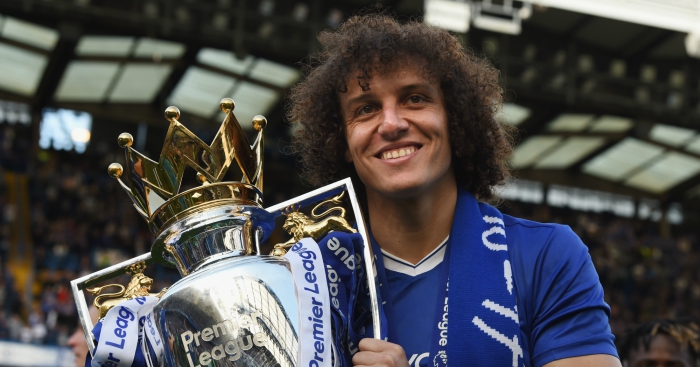 This season, though, such consistency has hampered Luiz, with both the player and his manager to blame.

After the shock 3-2 defeat at home to Burnley on the opening day, Luiz was shifted into a defensive midfield role at Tottenham.

Luiz returned to his defensive post for the following three games, though he failed to complete the third of those matches after being sent off for a rash tackle late on during the 0-0 draw with Arsenal.

That kept Luiz out of two Premier League matches, with one of those being the home defeat to Manchester City. Since returning from suspension, the class and consistency he offered last season has not been present.

Luiz was back in time for the trip to Crystal Palace, though a miserable performance and a 2-1 defeat probably left him wishing he wasn’t. He was then shifted into midfield again to cover for the absence of N’Golo Kante against Roma in the Champions League but his poor reaction to being substituted mirrored his performance.

Then followed a home win against Watford during which the visitors too often pulled apart the Blues at will before last week’s disastrous return clash against Roma, during which Chelsea were given the run around by Edin Dzeko, with the defending for the Italians’ third goal resembling a Benny Hill sketch.

According to reports, Luiz’s defending and a perceived challenge to Conte’s authority left the Brazilian relegated to the role of ball boy during Chelsea’s final training session before United arrived at Stamford Bridge. As Conte has shown before, you p*ss him off at your peril.

Luiz cannot claim that Conte hasn’t had his back before. It was suggested that the decision to bring Luiz back to the Bridge was made by people other than, and perhaps higher than the manager in the hierarchy. Conte spoke of how he then saw it as a personal challenge to help Luiz silence the doubters and turn him into the defender we saw last season.

Conte gave Luiz the platform by building his defence around him. Luiz will claim, though, that statistically at least, his performance levels have not dropped.

Indeed, only in two metrics has Luiz dipped, with five clearances per 90 minutes last season slightly better than the four he has managed this term, while his duel success rate is five per cent down from last term’s 61 per cent.

Still, in comparison to other Chelsea defenders, the only area he outperforms anyone else is for interceptions, which is perhaps helped by the fact that he has moved into defensive midfield at times. Luiz’s tackle success rate is the second worst of the club’s six defenders and 19 per cent worse than Gary Cahill’s 85.7 per cent record.

Only Christensen, Luiz’s replacement against United, has a lower success rate (55.5 per cent) but that did not stop him from being man of the match in many people’s view on Sunday. The fact that Conte has selected Christensen to start against matches against Tottenham, Manchester City and United also highlights the faith Conte has in the 21-year-old.

For all the talk of how indispensable Luiz had become at Chelsea, it seems he is not as vital to their success as he might like to think. Conte refused to reassure the Brazilian after watching the Blues keep a clean sheet in his absence, offering only the advice that Luiz “has to work really hard”.

If he values his status and future at Chelsea, then Luiz should forget whatever gripes he may have had and heed the manager’s warning.