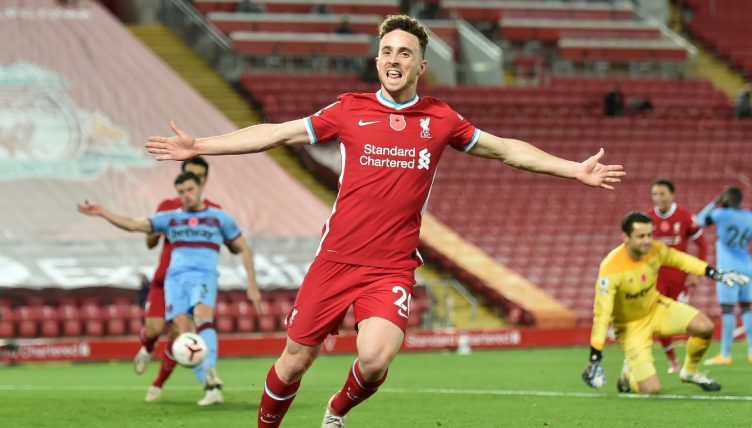 Despite struggling with injury problems, Diogo Jota enjoyed a promising debut season at Liverpool after his £41million move from Wolves.

Jota is following in the footsteps of team-mate Sadio Mane, who joined the Reds from Southampton in 2016 and then developed into one of the best wingers in the world.

We’ve compared the 24-year-old’s stats in all competitions in 2020-21 to Mane’s stats during his first season at Anfield.

As the stats show, Jota has started fewer games and scored goals for Liverpool on a more regular basis than Mane achieved in 2016-17.

But the Senegal international does come out on top in terms of assists, chances created and successful dribbles.

Can you name every player to score on their Premier League debut for Liverpool?