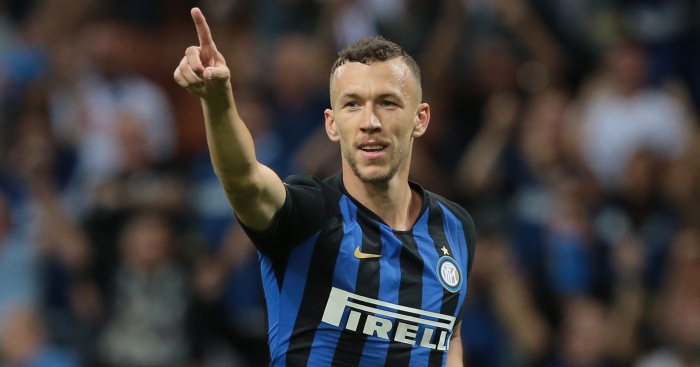 Arsenal are reportedly in negotiations to sign Ivan Perisic – but how does the Inter winger compare to the players he will be competing for a spot with at the Emirates?

BBC journalist David Ornstein typically broke Arsenal Twitter at the weekend by reporting the club have made an approach to sign Perisic on loan with an option to buy in a £35million deal.

We’ve taken a closer look at Perisic’s stats and compared them to Mesut Ozil, Alex Iwobi, Henrikh Mkhitaryan, who would appear to be his direct rivals for a place in Unai Emery’s side.

Taking into account just league performances in 2018-19, Perisic ranks second among the quartet for both goals and assists.

However, when taking into account the game time each player has been given, Perisic is actually the least prolific of the four players, providing a goal or assist every 262.8 minutes.

Ozil’s three goals and one assist have come at a similar rate of one every 242.25 minutes, but Iwobi and Mkhitaryan lead the way.

Do you still remember?

Despite recording the joint-fewest assists, Ozil remains the most creative of the quartet, averaging 2.1 chances created per 90 minutes in the Premier League this season.

Perisic is tied in second with Mkhitaryan with 1.7, while Iwobi averages 1.4.

It is interesting to note that as well as Perisic and Mkhitaryan creating the same amount of chances, they also have similar dribbling and shooting statistics.

Those figures are the highest among the four players, with Iwobi averaging slightly fewer shots on target with 0.6 per 90 minutes, albeit at a higher accuracy of 42.9%.

Ozil has fallen out of favour under Unai Emery having been deemed too much of a luxury player, and the stats back that assertion up.

The Germany international completed 0.7 tackles per 90 minutes, and 0.1 interceptions, the lowest figures among the four players.

It may also explain why a player like Perisic appeals to Emery, with the winger averaging 0.9 tackles and 0.7 interceptions.

Mkhitaryan leads the way with 1.9 tackles and 0.9 interceptions, while Iwobi averages more tackles that Perisic (1.1) but fewer interceptions (0.5).