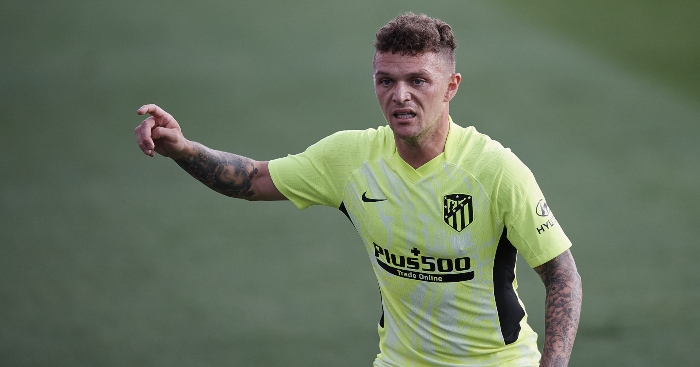 Trippier, a former Manchester City youth player, has rediscovered his best form since joining Diego Simeone’s side from Tottenham in 2019.

We’ve compared his La Liga stats from this season to the corresponding Premier League stats for Wan-Bissaka to see how they compare.

Trippier is yet to score for Atletico Madrid but has provided three assists in La Liga in 2020-21, averaging a direct contribution to goals every 300 minutes.

While Wan-Bissaka found the back of the net against Newcastle, that is his only Premier League goal contribution in 810 minutes so far this season.

If you’re looking for a larger sample size, Wan-Bissaka has registered a total of one goal and seven assists since his Premier League debut, a direct involvement every 959.3 minutes.

During his five Premier League campaigns with Burnley and Tottenham, Trippier registered two goals and 18 assists. That’s a direct contribution every 431.6 minutes.

2 – Kieran Trippier 🏴󠁧󠁢󠁥󠁮󠁧󠁿 has provided two asissts in a single game for the first time for Atlético de Madrid in all competitions (48 apps), becoming the first English player to do so in a LaLiga game since David Beckham against Villarreal in May 2006. Stellar. pic.twitter.com/FkWpX8jOuj

The right-backs have been fairly hesitant in front of goal this season. Trippier registers 0.1 shots per 90 minutes in La Liga while Wan-Bissaka is averaging 0.2 per 90 in the Premier League.

Wan Bissaka leads the way when it comes to dribbling, completing 0.8 successful dribbles per 90 minutes in the Premier League at a success rate of 44.4%.

In comparison, the England international completes 0.6 successful dribbles per 90 minutes but has a better success rate of 66.6%.

There’s little in it in terms of fouls drawn. Trippier edges it (0.6 fouls won per game) ahead of Wan-Bissaka (0.4). 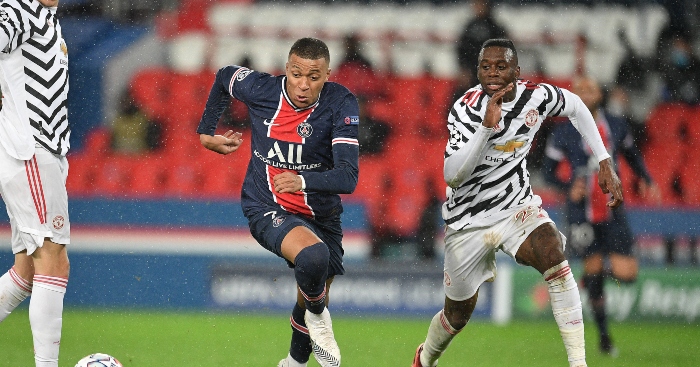 On average, Trippier is registering one key pass (the final pass before a team-mate shoots at goal) per 90 minutes this season, 40% more often than Wan-Bissaka (0.6).

He also comes out on top when it comes to his passing accuracy, with a success rate of 87.4% being marginally higher than Wan-Bissaka’s 81.9%.

The 30-year-old has been a lot more prolific in crossing, averaging 1.3 crosses per 90 minutes, while the United defender registers 0.1.

Nobody loves a tackle more than Wan-Bissaka and he unsurprisingly leads the way in this regard, making 2.7 tackles per 90 minutes while Trippier averages 1.9.

However, Trippier comes out on top in terms of interceptions (1.7 per 90 minutes to 1.3) and makes 1.8 clearances per 90 minutes compared to Wan-Bissaka’s average of 1.7.

Nine players who wanted out of Man Utd – & what happened next