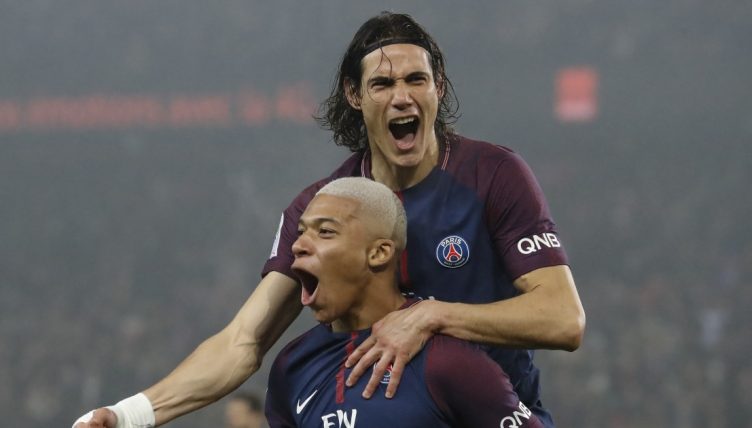 Even so early into his career, Kylian Mbappe has become synonymous with PSG.

The French World Cup winner was signed by the Parisiens in 2017 from rivals Monaco, initially on loan.

He was an integral part of their efforts to both win the Champions League and present themselves as the jewel in French football’s crown by being home to their golden boy.

But their efforts to lift Europe’s highest honour have so far been in vain and Mbappe looks as if he may well be leaving the club in the summer on a free to Real Madrid.

Regardless, the 23-year-old drew level with Zlatan Ibrahimovic’s PSG goalscoring record, making him their joint second-highest ever goalscorer.

He now sits only behind Edison Cavani, who was beloved in the Parc des Princes.

Ibrahimovic spent longer in PSG than at any other club in his career – four seasons – while Cavani spent seven years in Paris, and his years at the club after Ibrahimovic saw him surpass the Swede as their all-time top goalscorer.

Mbappe would inevitably break his record if he was to stay at the club, but it seems all the rumours point to him leaving at the end of the campaign. Yet he has said breaking the record is something that appeals to him.

“I only have Cavani left to be the top scorer in the history of PSG,” he said.

“We’ll see what happens. Being PSG’s top scorer is something that cannot be ignored.”

But how does his record compare to the two other strikers at PSG in its current state?

We’ve cracked the numbers to bring you the three brilliant attacker’s stats at PSG across all competitions.