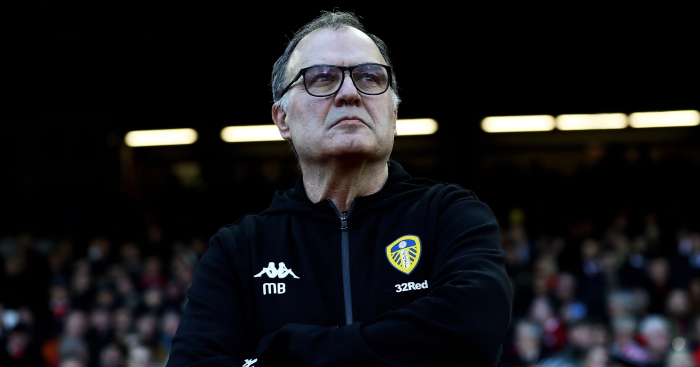 Leeds United are five points clear at the top of the Championship after 27 games – and recent history suggests they’re unlikely to miss out on promotion from here.

Marcelo Bielsa took the reins in the summer after a promising start to last season faded into a 13th-placed finish, and it’s fair to say things have gone well under the Argentine.

Everything looks good for Leeds at the moment, but we wanted to know how they compare to the last five Championship title winners after 27 matches. Take a look.

Make your own mind up whether this is a reflection on just how good Wolves were or whether this year’s Championship is just much stronger.

Leeds are currently eight points behind where Wolves were at this stage last season when they had an incredible 10 point lead over second-placed Derby County.

They kept that momentum going and despite a mini wobble in February and March, they finished as champions on 99 points.

They’ve not done too badly since, either.

Leeds aren’t too far behind Rafa Benitez’s side who narrowly pipped Brighton and Hove Albion to the title on the final day.

In fact, 27 games into the season United were sat behind the Seagulls in second.

Dwight Gayle was Newcastle’s main man that season, scoring 23 league goals. Kemar Roofe is on 14 already and if he can maintain his form to finish on a similar tally to Gayle, Leeds will be looking good.

Not only were Burnley only on 48 points after 27 matches, but they were actually sat fifth in the table and eight points off the top.

Leeds are in a much better position than Sean Dyche’s side and superior to them in almost every category.

However, as promising as that sounds for the Whites, it also shows that you’ve got to keep a careful eye on those behind you.

Having said that, Middlesbrough who were top after 27 games still managed to reach the Premier League, finshing second.

Here’s another that will get Leeds excited.

Bournemouth’s brilliant title-winning season which saw them finish on 90 points was even more closely fought than this season’s Championship after 27 matches as the top four were separated by just two points.

The Cherries were top of the table at that point, and despite Watford, Norwich and Middlesbrough all pushing until the end, Bournemouth held firm to finish as champions.

Nigel Pearson’s Leicester finished with more points than any of the following four champions, breaking the 100-point barrier to finish on 102.

The table looked a little bit disjointed after 27 games as some sides had only played 25 or 26, but either way Leicester were in a great position with an eight-point lead.

Unsurprisingly, because of their points total they had won more matches than Leeds at this stage, but their goal differences are looking pretty similar with Leeds on +18 and Leicester +22.