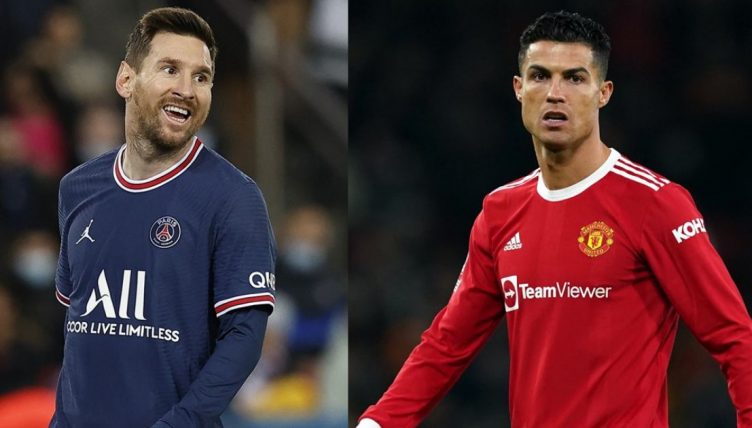 They may be well into the autumn of their careers but Lionel Messi and Cristiano Ronaldo have both enjoyed another stellar calendar year in 2021.

Both players won silverware in the first half of the year – Messi lifted the Copa del Rey with Barcelona and the Copa America with Argentina, while Ronaldo was victorious in last season’s Coppa Italia before winning the Golden Boot at Euro 2020.

Their moves during the summer months were the headline stories of the transfer window. After spending his entire career at Barca, Messi was forced to make a tearful farewell before pitching up at PSG. Meanwhile, Ronaldo was lured back to Manchester United under the nose of Pep Guardiola.

It’s safe to say that these transfers haven’t gone entirely to plan for either player. While Messi struggles to score in Ligue 1, Ronaldo has had little trouble in scoring for United.

But the club Ronaldo played for in the 2000s is unrecognisable from the Manchester United of 2021.

Having endured a stuttering season, they sacked manager Ole Gunnar Solskjaer in November and remain well off the pace in the Premier League. The 36-year-old Ronaldo has effectively carried the team at times.

On the other hand, Messi’s meagre contribution for PSG hasn’t impacted on their dominance of French football. With Neymar and Kylian Mbappe also in their forward line, PSG currently sit 13 points ahead of second-placed Nice.

Both players have scored for fun in the Champions League, with five each during the 2021-22 group stages. And Messi collected his seventh Ballon d’Or award in November which he (just about) deserved.

But who’s enjoyed the better year? We’ve taken the liberty of comparing both Messi and Ronaldo’s important stats from 2021 to answer that very question.