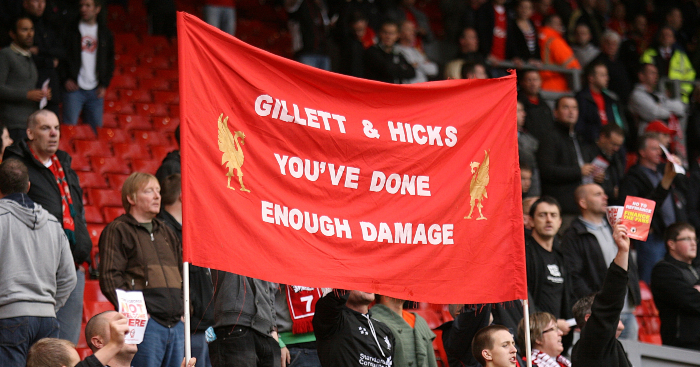 On October 3, 2010, Liverpool played their final match under the disastrous ownership of Tom Hicks and George Gillett, losing 2-1 to newly-promoted Blackpool at Anfield.

One of many low points of Roy Hodgson’s dismal spell as manager, goals from future Reds legend Charlie Adam and Luke Varney fired Blackpool to victory, leaving Liverpool in the relegation zone.

We’ve compared that team to Jurgen Klopp’s title-winning side to see just how far new owners FSG have taken the club, although it’s probably fair to say the most important improvement came in the dugout.

Of the XI to take to the field against Blackpool, Pepe Reina was one of the few players with credit in the back with Liverpool supporters.

The goalkeeper remained on Merseyside for another two seasons, but there was a sense that it was a time for a change when he was allowed to depart, initially on loan, in 2013.

Liverpool probably didn’t expect it to take so long to adequately replace the Spaniard, suffering the numerous mistakes of Simon Mignolet and Loris Karius before solving their problem position with a world-record move for Alisson Becker.

Alisson has been worth every penny, with more clean sheets than goals conceded in the Reds’ title-winning campaign to date.

13 months ago Alisson Becker made a promise… 🏆 pic.twitter.com/9cvbRndsYX

Come 2010, we’re going to say that Jamie Carragher probably shouldn’t have been playing full-back. Carragher lined up at right-back against Blackpool with Glen Johnson switching to the left due to an injury to, erm, Paul Konchesky.

At centre-back, Hodgson opted for Martin Skrtel and Sotirios Kyrgiakos, the latter of whom was Liverpool’s biggest attacking threat on the day, scoring with a second-half header, seeing another header cleared off the line and having a late chance superbly saved by Matt Gilks.

Carragher is obviously a Liverpool legend, but as a right-back, Trent Alexander-Arnold he ain’t. Likewise, Glen Johnson was England’s first-choice right-back at the time, but as a left-back he falls well behind Andrew Robertson, arguably Klopp’s best pound-for-pound signing.

Skrtel managed to stick around for a short while under Klopp, and it did take time for the German to get his back four in place.

Alberto Moreno was out of his depth and James Milner adapted admirably prior to the arrival of Robertson at left-back, Nathaniel Clyne was a solid option at right-back before Alexander-Arnold broke through, while Dejan Lovren, Joel Matip and Joe Gomez were crying out for a dominant figure as a partner in central defence.

Step forward, Virgil van Dijk. Sometimes, going out and spending big money on the best player in the world in that position isn’t a bad idea. 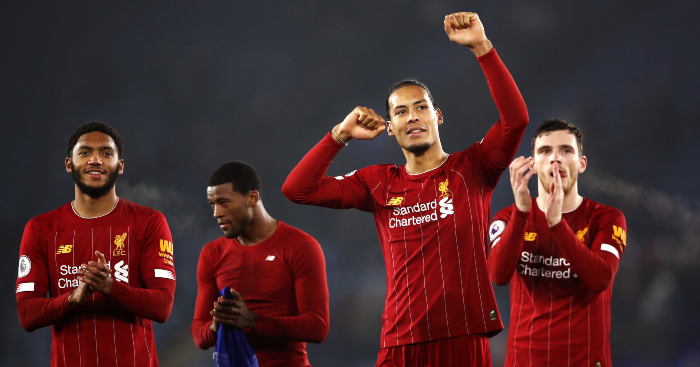 Look, it’s with a heavy heart that we must confirm that, yes, Christian Poulsen did indeed play for Liverpool, and let’s just leave it at that. Actually, just to add insult to injury, he was hauled off after an hour against Blackpool to be replaced by Milan Jovanovic. We’re sorry.

Steven Gerrard, bless him, seemed quite weighed down by carrying the weight of the club on his shoulders by this point, which is understandable, and if anyone in that Liverpool team deserved a Premier League winner’s medal, it was him.

Completing the midfield trio that day was Raul Meireles. A decent player, sure, who somehow ended that season as the strangest winner of the Premier League’s Player of the Year award.

In a team which unique talents in defence and attack, Klopp’s midfield is arguably the most unheralded part of the team, possibly because he has such a wealth of options.

Alex Oxlade-Chamberlain, Naby Keita and Adam Lallana have all made significant contributions at some stage, while James Milner continues to make us question everything we thought we knew about football, dovetailing superbly with Klopp as the ultimate proof that opposites attract.

If Klopp does have a first-choice midfield three, it would appear to be Jordan Henderson, Fabinho and Georginio Wijnaldum. Henderson’s evolution while dealing with the pressures of replacing Gerrard as captain deserves the utmost respect, while Wijnaldum, like Robertson, has proved supremely reliable after being signed from a relegated club.

The introduction of Fabinho into midfield around Christmas 2018 effectively completed the spine of this Liverpool team, providing the perfect balance to allow those around him to flourish.

Look, there’s no easy way of doing this.

Sure, we all love Dirk Kuyt – it’s hard not to think Klopp would have loved him too – and to Degsy’s credit, he manfully chipped in with 15 goals in that difficult season. But to date Mo Salah has played 140 games fewer than the Dutchman and already scored 21 more goals for the club.

Sure, Fernando Torres is one of the greatest strikers to grace the Premier League, but this is ‘just a few months off moving to Chelsea, looking quite sad’ Fernando Torres. Even then, he was injured after 10 minutes against Blackpool and replaced by David N’Gog, a man whose career leaves more questions than answers.

Roberto Firmino, meanwhile, is no false nine, but rather the perfect No.9.

And, well, Joe Cole. Anyone that is familiar with these pages will know Cole holds a special place in our heart, but things really, really, really didn’t work out for him at Anfield.

And when it comes to players that hold a special place in our heart, there aren’t many finer examples than free-scoring, defender-shaming, celebration-copying Sadio Mane right now.