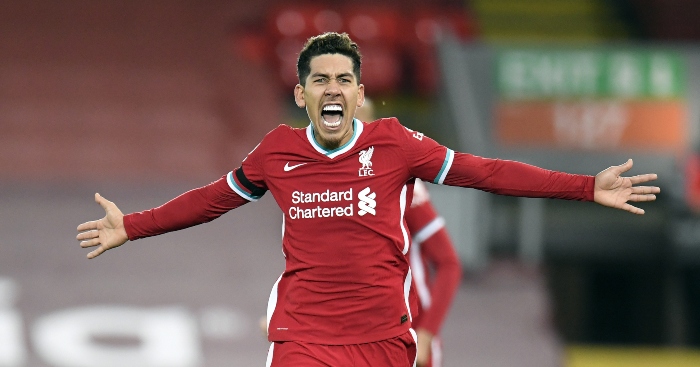 After an unpredictable start to the season, reigning champions Liverpool have established a four-point lead at the top of the Premier League at Christmas.

Jurgen Klopp’s team have survived an injury crisis that has decimated their squad and an embarrassing 7-2 defeat at Aston Villa to lead the way. Their lead may not be as comprehensive as last season but appears just as ominous.

We’ve gone back through the last decade to see how Liverpool’s current tally of 31 points from 14 games compares to previous champions.

After 14 games of the 2010-11 season, United were unbeaten and sitting second behind champions Chelsea on goal difference.

Their record was interesting; while Sir Alex Ferguson’s team had 28 points they had the same number of wins as draws (seven). With Wayne Rooney angling for a move to Manchester City around this time, it is perhaps not surprising that United were grinding out results.

United went unbeaten until February and eventually won the league by nine points.

Having finally clicked under Roberto Mancini, City were sitting on 38 points and had not lost a single league game. Interestingly, their closest rivals were not Manchester United but Harry Redknapp’s free-wheeling Tottenham.

The title race that followed was probably the best of the decade. After stumbling over the winter, City found themselves eight points behind United with six games to go.

United went on to lose at Wigan and draw 4-4 with Everton, allowing City to go top after a Vincent Kompany goal won the derby in April. Two weeks later, Aguero scored that goal and Martin Tyler spontaneously combusted live on air.

City won the league on goal difference with 89 points.

Following a 1-0 win over West Ham, United maintained their one-point lead over Manchester City at the top of the table.

Having signed Robin van Persie over the summer, United had already scored 33 goals and accumulated 33 points. A dramatic win at the Eithad in early December effectively sealed the title in Sir Alex Ferguson’s final season.

By the end of the campaign, their one-point lead had become an 11-point canter.

Having jettisoned Mancini for Manuel Pelligrini, City were averaging exactly two points a game and scored a league-high 40 goals.

They were still six points behind leaders Arsenal, with Jose Mourinho’s Chelsea also two points ahead of City.

In a season that redefined the word ‘topsy-turvy’, Arsenal fell away while Chelsea stuttered fatefully against the likes of Aston Villa and Crystal Palace.

City timed their run perfectly and took advantage of Liverpool’s infamous slip-up, despite suffering defeat at Anfield in April.

Their tally of 86 points, 102 goals scored and +65 goal difference meant they were worthy champions.

In a strong contender for the most forgettable season of the decade, Chelsea were blowing away the competition in late 2014.

The Blues were unbeaten, sitting on 36 points and led second-placed Manchester City by six points. The presence of Southampton and West Ham in the top five suggests this was not a vintage season.

By May, Chelsea had romped to the title. Despite visibly slowing after Christmas, Mourinho’s team finished on 87 points – eight ahead of City.

Leicester champions, West Ham in the top four for long spells, Chelsea mid-table – the 2015-16 season was the most bonkers in living memory. At least until 2020-21.

Inspired by Jamie Vardy, Leicester sat second behind Manchester City, having won 29 points after 14 games. Nobody seriously expected Claudio Ranieri’s team to maintain their early-season form, but they kept on winning while their title rivals fell apart.

Leicester went on to achieve 81 points, finishing 10 ahead of Arsenal, who had snuck ahead of Spurs to finish second.

“A Leicester player has smashed the record!” 🏅 @PremierLeague history #OnThisDay in 2015… pic.twitter.com/RdW8UlNjmn

After switching to three at the back, signing N’golo Kante and having Diego Costa back to his snarling best, Chelsea were leading the way with 34 points.

Crucially, their 14th game of the 2016-17 season was a 3-1 win at Pep Guardiola’s Manchester City. With a lead established over the chasing pack, Chelsea continued their winning run until their coronation became a formality.

With only Tottenham pushing them close, the Blues ended the season with 93 points and a seven-point lead over second place.

13 – Chelsea have equalled the @PremierLeague record for the most successive wins within a single Premier League season. March. pic.twitter.com/yeN7nrPPVl

Late 2017 City were ridiculously good. They went on to break the records for biggest points total, most wins, most goals, most consecutive wins and biggest goal difference among others as they effectively lapped their rivals.

After 14 games, with their only dropped points coming in a draw against Everton, City had accumulated 40 points and were eight ahead of second-placed United.

By season’s end, the centurions had established their lead to 18.

The 2018-19 title race reminded us of the Big Train staring contest narrated by the peerless Barry Davies – two excellent competitors not giving each other an inch with the main excitement coming from the thought either would slip up.

After 14 games, City had 38 points and sat two ahead of Liverpool at the top. A decisive win over the Reds in early January instigated a mini-collapse from Jurgen Klopp’s team that allowed the reigning champions to regain the top spot. Both teams won every game after early March.

City needed to reach 98 points to retain their title, one ahead of Liverpool. Given the sheer effort required to win the league, it’s not surprising they haven’t been quite the same since…

Liverpool used their narrow miss in 2018-19 to fuel their title challenge the following year.

With 40 points, accumulated from 13 wins and a single draw, the Reds were eight points ahead of Leicester with City a mammoth 11 points off the pace. Even the most pessimistic Liverpool fans were pinching themselves and wondering whether the title drought was finally ending.

Despite the best efforts of a global pandemic, they were crowned champions with seven games remaining and finished on 99 points.