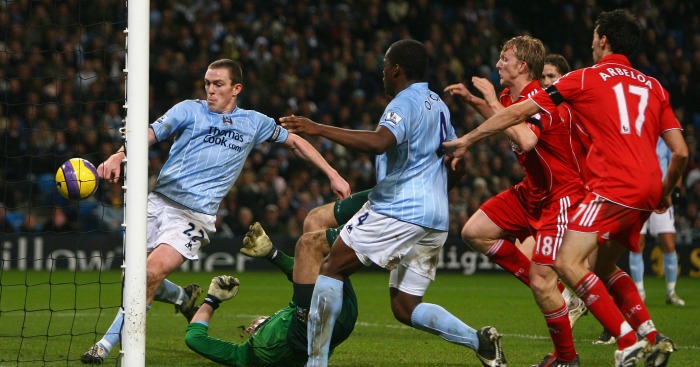 Manchester City host Liverpool in the Premier League on Saturday, and as we’re all about nostalgia we thought we’d look at the sides they fielded in the same fixture 10 years ago.

City had drawn three and lost one of their five December fixtures under the management of Sven Goran Eriksson going into this game, while Liverpool had recently been beaten by Manchester United and knocked out of the League Cup by Chelsea.

Aiming to kick-start their season, it was the visitors who had the better of things, but City managed to survive a second half onslaught from Liverpool to escape with a 0-0 draw.

“A clean sheet when you are playing away from home is a good thing but after 17 attempts on goal, you think you must win,” Rafa Benitez said afterwards.

Liverpool had several players in their starting XI Jurgen Klopp could probably benefit from now, but City were yet to be taken over 10 years ago and have improved the quality of their squad beyond recognition since then…

Joe Hart: Technically still a Manchester City player – although his career at the Etihad feels like it ended a long time ago – Hart is the only remaining member of the playing squad that predates Sheikh Mansour’s takeover.

But Ederson will be lining up in goal for City on Saturday while Hart will be preparing to appear on loan at West Ham.

Nedum Onuoha: Onuoha spent eight years at City, amassed over 100 appearances and was involved on that fateful final day of the 2011-12 season, albeit as a QPR player, having left the Etihad in the January of that season. We had to Google to double check the defender was still at Loftus Road.

Micah Richards: An FA Cup and title winner and once one of the most promising youngsters in the country, Richards now finds himself in the Championship with Aston Villa. City still haven’t exactly rid themselves of erratic defending in John Stones or Nicolas Otamendi, via Eliaquim Mangala.

Stephen Ireland (Gelson Fernandes): That brief period where Manchester City were fuelled by an inspired Ireland linking up with Robinho now feels like one of the strangest times in Premier League history.

Didi Hamann: Playing against his former club that day, Hamann is among the Premier League’s favourite imports from Germany and seems a very nice man to boot. 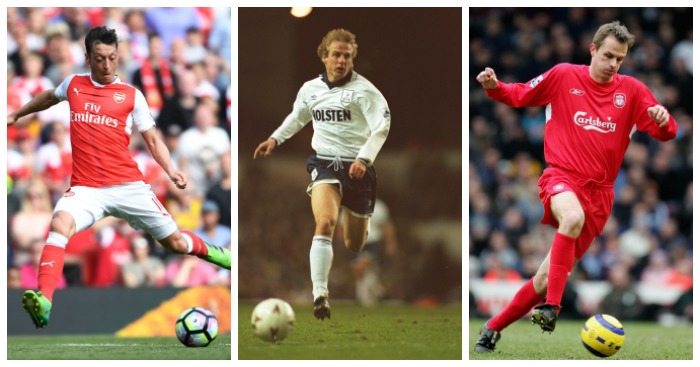 VOTE: Ozil, Klinsmann, Hamann & 16 of the best Germans to have graced the PL

Vedran Corluka: Strangely lining up in midfield against Liverpool, Corluka was a reliable and possibly underrated presence for both Manchester City and Tottenham in the Premier League. The 31-year-old is now closing in on his 100th cap for Croatia.

Martin Petrov: Petrov’s stay at City ended acrimoniously as he branded the club unprofessional, saying:  “I am 31 years old and I felt like I was 13 there.” The writing was already on the wall for the attacker as City began to sign forwards of the ilk of Carlos Tevez.

Elano (Rolando Bianchi): One of the few Eriksson transfer successes, replaced by one of the failures. Elano was a joy to watch in England, while Bianchi scored just four times before returning to Italy. The club have hardly struggled for options in attack since.

Darius Vassell (Geovanni): It seems an awfully long time since Vassell and Geovanni were playing in the Premier League. Both feel a long way away from Sergio Aguero, Gabriel Jesus and co. 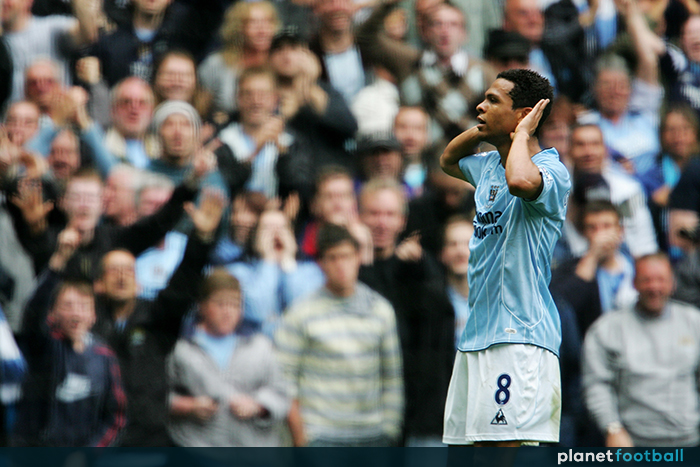 Pepe Reina: Nobody seemed that bothered when Reina left Anfield after nine years at Liverpool in 2014. The subsequent struggles of Simon Mignolet and Loris Karius have put the Spaniard’s quality into context.

Steve Finnan: An incredibly reliable full-back during his five years for the Reds, the club seem to now have a similar figure in Nathaniel Clyne, although Joe Gomez could deputise on Saturday with the England international injured.

Jamie Carragher: What Jurgen Klopp would give to have a defender of Carragher’s ilk in the Liverpool team right now. Dejan Lovren and Joel Matip could learn a thing or two from the Scouse hero.

Alvaro Arbeloa: Played at centre-back against City due to injuries, Arbeloa eventually made the right-back position his own before joining Real Madrid, where it must be said he won a lot of trophies. You’ve already forgotten he played for West Ham last year, haven’t you?

Fabio Aurelio: Left-back has been a problem position for Liverpool over the last couple of years, though it was also a problem position under Benitez, not due to a lack of quality but rather because the excellent Aurelio often struggled to stay fit.

#OnThisDay in 2010, Liverpool re-signed Fabio Aurelio. This free kick from him is one for the ages.pic.twitter.com/heUulhSxUy

Yossi Benayoun: Benayoun was never as dynamic as the likes of Mohamed Salah and Sadio Mane, but he was incredibly easy on the eye to watch when on form, regularly earning praise from Steven Gerrard.

Javier Mascherano: Keeping Xabi Alonso out of the team again City, Mascherano was a firm favourite under Benitez and has since gone on to become one of the most decorated players in the game with Barcelona.

Klopp has opted for more energy and industry from his midfield in the likes of Georginio Wijnaldum, Adam Lallana, Emre Can and now Alex Oxlade-Chamberlain.

Steven Gerrard: Jordan Henderson has been trying for both Liverpool and England but is yet to match the talismanic influence of Gerrard in midfield. In fairness, who could?

Harry Kewell (Ryan Babel): After joining from Leeds, a host of injuries meant Kewell went down as a huge disappointment on Merseyside, although his replacement on the day does not even have the excuse of injuries.

Dirk Kuyt: Kuyt was definitely nowhere near as dynamic as Salah and co. but became adored at Anfield thanks to his work-rate, tendency to score in big games and generally being a brilliant bloke. We miss him.

Fernando Torres: Torres was irresistible for large periods of his time at Liverpool, but Klopp has moved away from utilising a traditional centre-forward in the last two seasons, opting for the intelligence and intricacy of Roberto Firmino. 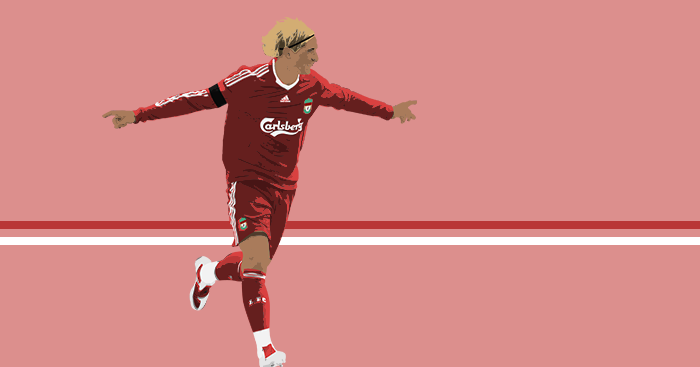