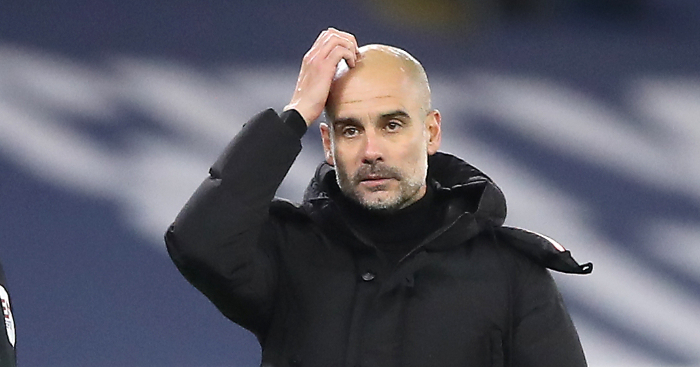 Manchester City have only played 12 Premier League matches so far this season but have already dropped more points than they did in the whole of their record-breaking 2017-18 campaign.

Pep Guardiola’s side could win the next 26 in a row and they’d still finish two points short of their final 100-point tally that year, the first and as yet only side to hit that milestone. At this rate, City won’t even qualify for the Champions League, with five draws and two defeats leaving them sixth in the league, with a number of teams below them having played fewer games.

But where exactly are they going wrong, and how can they improve? Here’s how their underlying statistics this season compare to that unsurpassable campaign. All data comes via FBref.com.

What’s most interesting, and perhaps most encouraging for any concerned City fans, is that there’s not a dramatic difference in a lot of the key metrics. Apart from, of course, points won and goals scored.

In terms of the quality of chances, City aren’t doing quite as well, but they’re still consistently creating better scoring opportunities than their opponents.

They’re pressing the opposition just as much, and only marginally less successfully, and are completing a similar rate of passes in the final third and into the penalty area.

During that title-winning campaign, Guardiola’s men overperformed their rate of xG (expected goals) whereas this season they’re underperforming a little. Getting Sergio Aguero back fit and firing may help in refinding that more clinical edge.