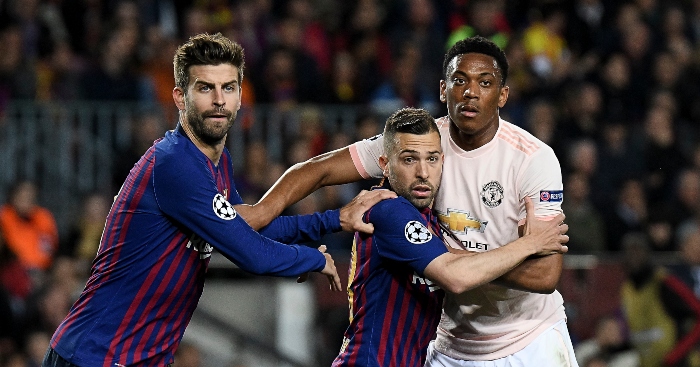 Despite being one of the richest clubs in the world, Manchester United aren’t immune from football’s current financial crisis.

Football finance blogger Kieron O’Connor (AKA Swiss Ramble) has taken a look at United’s accounts, noting that the club lost £23million after tax in 2019-20.

While that may worry people at Old Trafford, their loss isn’t too bad when compared with the figures released by other European clubs.

Real Madrid boke even, while Ajax and Benfica made a profit courtesy of selling star players like Donny van de Beek and Ruben Dias.

United tried to sign Borussia Dortmund’s Jadon Sancho in the summer, but the Bundesliga club refused to sell despite losing £40million after tax.

Along with United, Barcelona are one of the world’s wealthiest football clubs but have also struggled financially, losing £87million.

Serie A clubs appear to have been worst affected, with Juventus, AC Milan, Roma and Lazio making a combined loss of £455million in 2019-20.

Furthermore, #MUFC £23m loss after tax is much smaller than many announced by European counterparts for 2019/20, e.g. Roma £184m, Milan £176m, Barcelona £87m and Juventus £81m. That said, Real Madrid broke-even, while Benfica and Ajax made good profits, due to high player sales. pic.twitter.com/Jwe2MaADzp

Man Utd 20th: How much owner investment every club has had since ’14