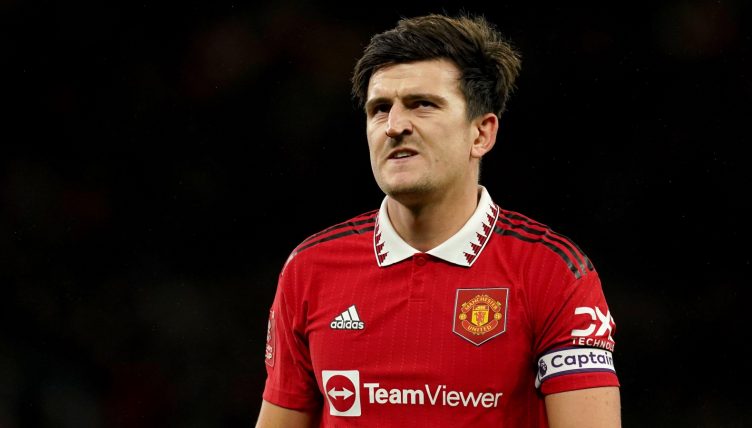 Harry Maguire is firmly out of favour at Manchester United and one look at the club’s record with and without him in the starting XI serves to support the decision to sideline him.

Maguire joined United from Leicester in the summer of 2019 for an £80million fee and was given the club captaincy shortly afterwards by Ole Gunnar Solskjaer.

The England international initially looked a solid addition to the United backline – they certainly missed him in the Europa League final defeat to Villarreal in May 2021 – but it’s all gone awry since.

To the naked eye, United’s defence without Maguire just looks more solid and well structured, despite the England international’s achievements as a player.

Eventually, Maguire has been left out of the starting XI by Erik ten Hag for the majority of matches this season, something that’s coincided with an upturn in the club’s form.

United legend Paul Parker, when asked about Maguire this month, said: “It will be very tough for a sporting director to convince the fans that he is a good signing at any club. Maybe he could go out on loan but then it will be a small team from the bottom of the league.

“He can’t play for a top side like Man City, Liverpool or Newcastle because they are defending with a high line. He needs to play for a team that defends with a low block because he is too nervous and too slow to play for a big club.

“But I think he is quite happy at Man United and most likely he will settle and enjoy his time on the bench because he knows that any other club would be a step down from Man United.”

While his international manager Gareth Southgate has continued to back Maguire, picking him for all five of England’s World Cup matches last year, it seems likely that the centre-back will leave United this month.

Aston Villa are the favourites to sign Maguire, with the 29-year-old being spotted near Birmingham at the start of January, but others are reporting that he’ll stay until the end of the season.

Either way, it seems like Maguire’s days at Old Trafford are numbered and he’ll continued to be sidelined by Ten Hag.

But do the stats back that up? We had a look at United’s record with and without him since the start of the 2021-22 season to see how they get on when he’s not there.

Note: stats are taken from all competitions.

TRY A QUIZ: Can you name every player to appear for Man Utd under Solskjaer?