Comparing Man Utd’s record with and without Rashford under Solskjaer 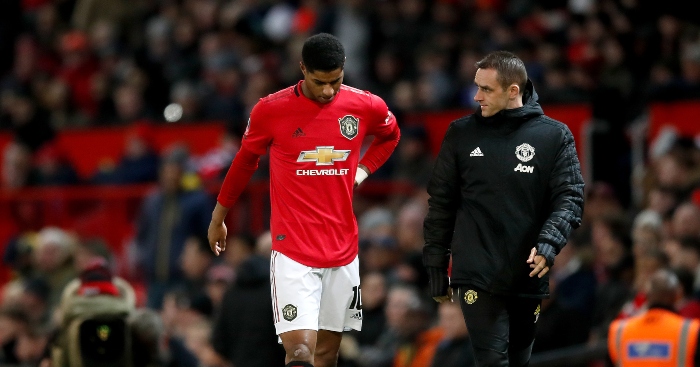 Manchester United are sweating on the fitness of Marcus Rashford ahead of this weekend’s clash with Liverpool after the forward was taken off due to injury in their FA Cup victory over Wolves.

Rashford has become a key figure under Ole Gunnar Solskjaer, scoring 19 goals in 30 appearances for the Red Devils this season.

We’ve compared United’s record under Solskjaer when Rashford is in the starting XI to their record when he is on the bench or missing from the matchday squad altogether.

There's a trip to Anfield on Sunday. 😰 pic.twitter.com/bDWeQ3SfRp

These stats don’t take into account the quality of the opposition, the standard of United’s line-up or a selection of other factors, but the Red Devils’ win rate is actually better when Rashford doesn’t start compared to when he is in the starting line-up.

Surprisingly, United also score more goals per game when Rashford doesn’t play from the start and their loss rate almost doubles when he starts, although it should be pointed out that it is a much smaller sample size.

Either way, the stats would certainly appear to suggest Ole Gunnar Solskjaer should be able to cope even when Rashford is unavailable.