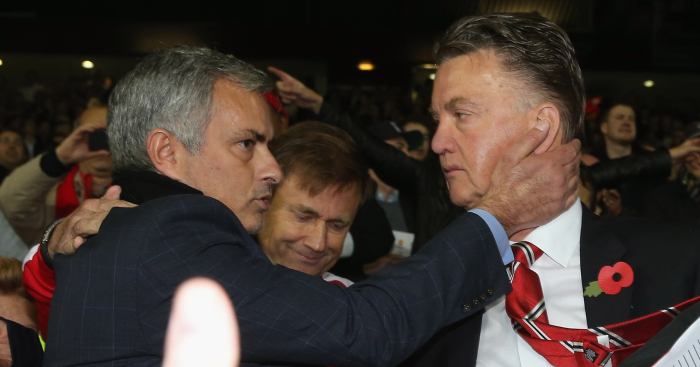 Jose Mourinho is early into his third season in charge of Manchester United – but the Portuguese may well be disappointed by how few changes he has been able to make.

Mourinho made his frustrations at a lack of signings clear over the summer and cut a frustrated figure after United were beaten by Brighton in their second game of the new Premier League season.

We’ve looked back at United’s team from Louis van Gaal’s last game in charge – the 2-1 victory over Crystal Palace in the 2016 FA Cup final – and compared it to the team which lost at the Amex to see how the Red Devils have evolved under Mourinho.

One of the few reliable constants for United in the transition between managers, even dating back to Sir Alex Ferguson.

With Thibaut Coutois having now joined Real Madrid, we can even look forward to summers in which De Gea won’t be incessantly linked with a move to the Bernabeu.

After occasionally appearing at right-back under Ferguson and David Moyes, Van Gaal fully converted Valencia into the position upon his arrival at Old Trafford.

Mourinho was equally impressed, labeling the Ecuador international “the best right-back in the world” and, despite complaining about the player’s condition this summer, he confirmed Valencia will continue captaining United this term.

Young, meanwhile, has enjoyed a renaissance under Mourinho having also been converted into a full-back in recent years.

The 33-year-old was making his first appearance of the season at Brighton, and it will be interesting to see whether he switches back to the left flank when Valencia returns to fitness.

Smalling produced the best form of his career under Van Gaal, but his career has stalled for both club and country since Mourinho took over at United and Gareth Southgate became England manager.

Both Mourinho and Southgate have questioned the centre-back’s ability on the ball, and he was linked with a move away from the Red Devils in the summer.

With Smalling on the bench at Brighton, Bailly started in his place, conceding the penalty which Pascal Gross converted and becoming the subject of criticism from Gary Neville.

“It’s really poor from Bailly, it’s so poor,” he said. “Jose will hate what he’s seeing. All of them [the defenders] dive in, every single one of them. He will be absolutely fuming.”

Blind is one of only three players who started the 2016 FA Cup final to have left United.

A favourite of Van Gaal’s, the utility man featured just seven times in the Premier League last season and returned to Ajax in the summer.

Mourinho was left frustrated in his pursuit of a central defender in the transfer window, but it is interesting to note that in Lindelof and Bailey, he was able to start two centre-backs he brought to the club.

After an indifferent debut campaign in England, Lindelof caught the eye with Sweden at the World Cup, but his contribution to Glenn Murray’s opener was described as “slow” and “crazy” by Paul Scholes on BT Sport.

Like Blind, Rojo was signed by Van Gaal after the 2014 World Cup. He has been deployed at centre-back and left-back for United, but injuries have severely restricted his progress, and he was another player linked with a transfer in the summer.

Until Young’s conversion, left-back had been something of a problem position for Mourinho, who has often publicly criticised Shaw’s performances and fitness.

The 23-year-old has started the 2018-19 campaign in favour, scoring his first goal for the club in the opening day win against Leicester, but his place could be under threat once Valencia returns.

Carrick was one of the last remaining players at United to have played a major part in the glory years under Ferguson.

After making just two appearances in the Premier League last season, he decided to retire and take up a role on Mourinho’s coaching staff.

Signed in a £52million deal from Shakhtar Donetsk to complement Paul Pogba and Nemanja Matic in midfield, there are high hopes for Fred.

And Mourinho praised the Brazil international prior to the Brighton game, telling MUTV: “People can already feel his positive influence on the team and on the style of football that the team wants to play.”

Sadly, his most notable contribution at the Amex Stadium was a karate kick on Glenn Murray which came closer to connecting with Luke Shaw. 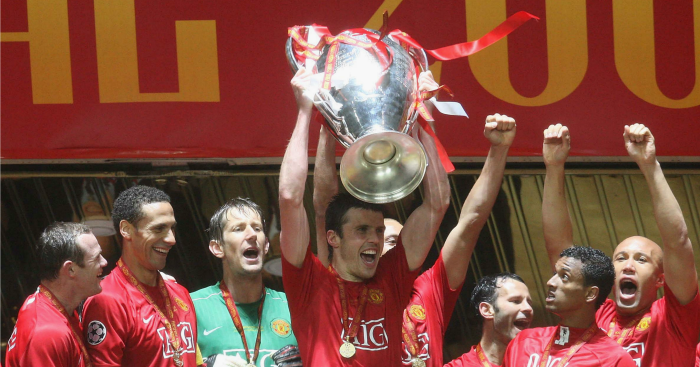 Rooney was deployed gradually deeper and deeper under Van Gaal, starting as a holding midfielder in the FA Cup final and winning the Man of the Match award.

He continued the role at Euro 2016, but Mourinho was reluctant to use him in the position, especially after a dismal defeat at Watford, and he returned to Everton after just one season under the Portuguese.

With Nemanja Matic injured for the trip to Brighton, Pereira was handed his second start of the season after impressing Mourinho following two seasons out on loan in La Liga.

Mourinho wanted to keep Pereira at Old Trafford last term, only for the midfielder to engineer a temporary switch to Valencia in order to play first-team football.

The switch has paid off for the 22-year-old, with Mourinho admitting the player “has become more of a man”.

He has been rewarded by leaping ahead of Ander Herrera and Scott McTominay in the pecking order at United and has also earned a call up to Brazil’s senior squad.

Few United fans would have expected Fellaini to still be at the club and heading into his sixth season as a Red Devil.

The former Everton midfielder became a symbol of Moyes’ failed reign, while he was also an unpopular figure among supporters with Van Gaal at the helm.

He started as an attacking midfielder against Crystal Palace in 2016 but is more often used as a battering ram off the bench by Mourinho, coming on as a substitute after an hour against Brighton.

United’s midfielder now revolves around the enigma that is Pogba, who has endured a turbulent relationship with Mourinho since rejoining the club for a world-record fee in the Portuguese’s first summer in charge.

After impressing in the opening match against Leicester, Pogba was poor at Brighton and later admitted his attitude “wasn’t right”.

The second of three players who started against both Crystal Palace and Brighton, there was an expectation that Mata would be moved on following Mourinho’s appointment having been sold to United by the manager at Chelsea.

A right winger has reportedly been on Mourinho’s transfer wishlist for the past year, with Ivan Perisic the most notable target, but it’s been another source of frustration for the United boss.

Mata was subbed off at half-time against Brighton but – despite competition from the likes of Anthony Martial, Marcus Rashford and Alexis Sanchez – he continues to play regularly.

The final player to start both Van Gaal’s last game and Mourinho’s most recent, albeit Martial was only given the nod at the Amex due to an injury suffered by Alexis Sanchez.

Martial is reportedly unhappy at Old Trafford after falling out with Mourinho, and he struggled for game time last year following the signing of Sanchez.

The France international hardly helped his cause with an ineffective display against the Seagulls and was eventually substituted after an hour to be replaced by Marouane Fellaini.

Rashford was still enjoying his meteoric rise when he started the FA Cup final, breaking into United’s first team in February and ending the season in England’s squad for Euro 2016.

Under Mourinho, the 20-year-old has generally operated out wide rather than as a central striker, and he replaced Mata on the right wing at Brighton.

One of Mourinho’s first tasks at Old Trafford was to sign a striker capable of firing the club to glory. Zlatan Ibrahimovic initially took on the mantle for a season before Lukaku was signed in a £75million deal from Everton.

Twenty-seven goals in his debut campaign for the club represented a success, and the Belgium international opened his account for 2018-19 at Brighton.