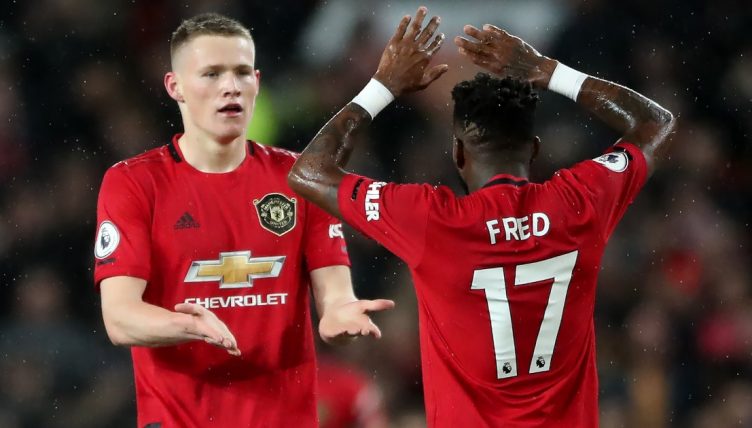 McFred – the midfield pairing of Scott McTominay and Fred – is the contentious issue of the moment among Manchester United fans.

Many are unconvinced that the duo, when fielded together, have the necessary quality to carry United to the top of the Premier League table and the latter stages of the Champions League.

There were calls for United to sign a higher calibre defensive midfielder in the summer. But even without that player, some fans would rather see Ole Gunnar Solskjaer line up with Paul Pogba alongside McTominay or some other midfield combination.

But how do Manchester United’s fare with and without the McFred partnership in midfield?

We’ve compared United’s record in games where McTominay and Fred start at the base of midfield to their record in games where any other pairing is preferred in the double pivot, be it Fred plus another, McTominay plus another, or any combo of Nemanja Matic, Donny van de Beek and Pogba. Note: stats are taken from all competitions since the start of the 2020-21 season.

With McTominay and Fred starting together

Fred’s goal against Leeds from the stands 🇧🇷🔴 pic.twitter.com/oZSIB26k64

Without McTominay and Fred starting together