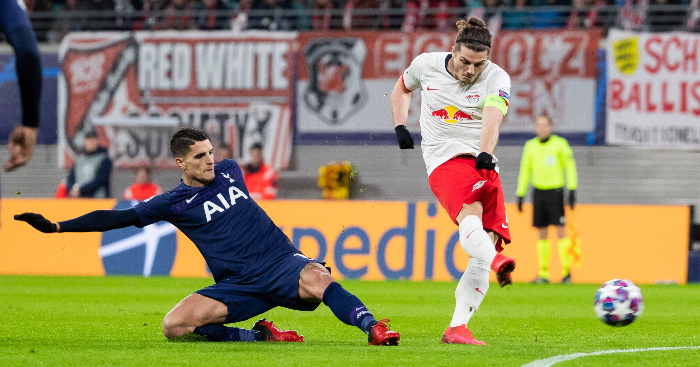 Reports have remerged linking Tottenham with Marcel Sabitzer – but how does the RB Leipzig midfielder compare to what Spurs have already got?

Jose Mourinho is well aware of the talent Sabitzer possesses after the Austria international played a starring role in Leipzig eliminating Spurs from the Champions League last season, scoring twice in 3-0 second-leg victory.

With reports that Dele Alli’s days at the club are numbered, he could well arrive to replace the England international, who we’ve not included here due to him only clocking up 75 minutes in the league so far this season.

He would likely compete with Giovani Lo Celso and Tanguy Ndombele for the advanced midfield role behind the front three, but we’ve also included Pierre Emile-Hojbjerg, Harry Winks and Moussa Sissoko – who all tend to play a bit deeper – for further context.

Note: stats relate to the Bundesliga and Premier League only.

🗞[@FabrizioRomano] | Tottenham Hotspur are interested in completing the signing of Marcel Sabitzer.

🔴RB Leipzig want to keep the midfielder during this January transfer window.

❌Many clubs are interested in but there is nothing advanced.#THFC #COYSpic.twitter.com/gGmDQYV28m