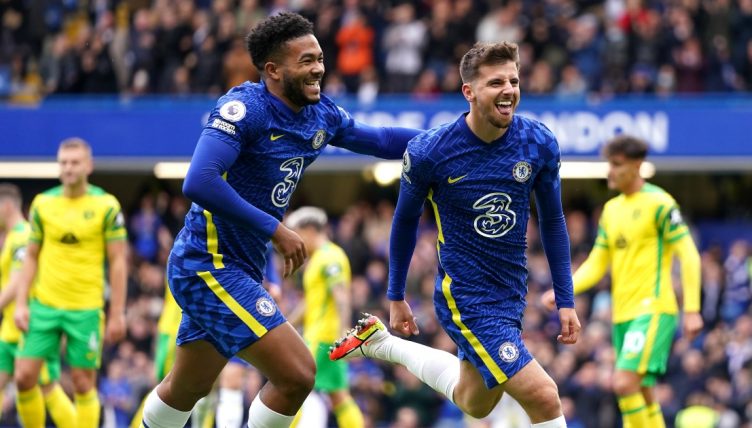 After breaking into the Chelsea first team under Frank Lampard, Mason Mount has remained one of the first names on the team-sheet during Thomas Tuchel’s reign.

Mount was expected to be dropped to the bench following Tuchel’s arrival at Stamford Bridge in January 2021, but he has silenced those critics.

The midfielder set up Chelsea’s winning goal in the 2021 Champions League final and has also won the UEFA Super Cup and FIFA Club World Cup under Tuchel.

“He has the full package, mentally, in terms of talent and physically and the most important part is his character, he has his feet on the ground and he’s a nice guy,” Tuchel said in 2021.

“He comes to Cobham every day to learn something new and have new experiences. He is the guy who can recover very fast, he’s a very physical player and is fully adapted to PL football. He has big self-confidence in a very, very positive way.

“It’s a pleasure to have him, be at his side and guide him and support him. It’s impressive, he’s not affected by all the praise. This is maybe the most important part. He seems to be a guy who likes the sport, and feels an obligation to make the most out of it and he wants it absolutely badly, so it’s a top mix”

We’ve taken a look at the England international’s stats in all competitions under Tuchel and those he recorded under Lampard to see how they compare.

As the stats show, Mount has already scored more goals for Tuchel than he managed during Lampard’s reign in charge at Stamford Bridge.

Overall, the midfielder averages a direct goal contribution on a more regular basis under his current manager, who has helped take his game up another level.

What a hit from Mason Mount! 🎯

The technique on this volley 🤤 pic.twitter.com/pLZYp6c9Po