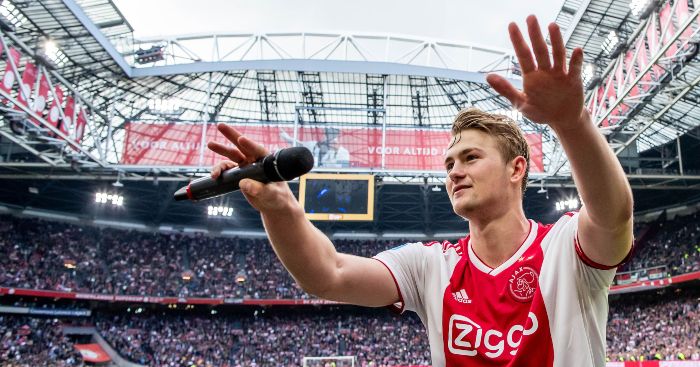 Liverpool are among a number of the world’s biggest clubs chasing Ajax captain Matthijs de Ligt, according to various reports around Europe.

De Ligt is one of football’s hottest prospects after skippering Ajax to the Champions League semi-finals at the age of 19, and Liverpool have been linked with a move which would partner the centre-back with his international team-mate Virgil van Dijk in the middle of their defence.

We’ve compared De Ligt’s stats from the 2018-19 Champions League to those of his potential competition at Anfield: Van Dijk, Joel Matip, Dejan Lovren and Joe Gomez.

Big numbers in terms of defensive actions are not necessarily the sign of a good player – in fact, the opposite is generally true when it comes to tackles – and that is shown by Van Dijk, who completes the fewest number of tackles per 90 minutes of the whole group with 1.0 but does so with a 100% completion rate.

Lovren also has a 100% completion rate, and the second most tackles per 90 with 1.5, albeit having played by far the fewest minutes of the quintet (181, Gomez played the next fewest with 525).

The youngster’s ability to read the game is reflected well in in his figure of 1.4 interceptions per 90 minutes, which is behind only Matip’s 1.8.

When it comes to aerial duels, none of the quintet win more than De Ligt’s 4.2 per 90 minutes, with his success rate of 67.7% the second highest of the group. 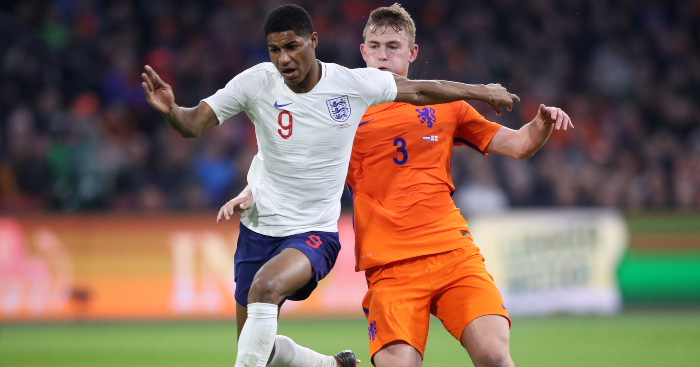 Liverpool are no longer the chaotic, gung-ho outfit which Klopp became renowned for, instead playing a much more measured, controlling game.

Unsurprisingly given his education at Ajax, De Ligt is comfortable on the ball, averaging a pass completion rate of 84.7% and 56.4 passes per 90 minutes.

Both figures are neither the highest nor lowest among the quintet. Gomez averages the most passes per 90 minutes with 70.5, albeit with the lowest success rate of 83% while Lovren has the best completion rate with 88.7%.

While putting the ball in the back of the net is not a priority of a defender, De Ligt showed a handy knack for popping up with a goal in the big game, scoring the winner away at Juventus in the quarter-final and following that up with a header against Tottenham in the semi-final.

Van Dijk and Matip were the only Liverpool centre-back’s to contribute directly to a goal in the Champions League this term. The Netherlands international scored twice and assisted a further two, while Matip provided one assist – for Divock Origi’s clincher against Spurs in the final.