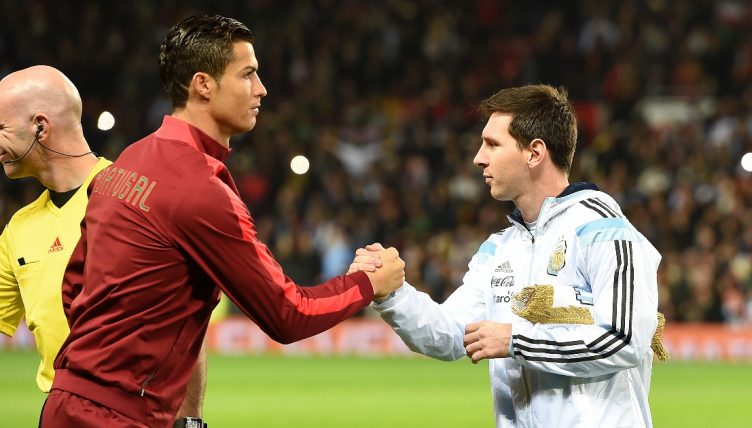 It is a debate that has raged between two separate armies of football fans for well over a decade now. It is, of course, Lionel Messi or Cristiano Ronaldo?

The Argentinian boasts seven Ballon d’Ors while the Portuguese has five of his own. The only players to have won so many. But with the 2022 World Cup looming on the horizon, the debate has once again been brought back into the mainstream.

Messi will be hoping to lead Argentina to their first World Cup in 36 years and, with a solid team behind him and a comfortable-looking group, many are backing the 35-year-old to emulate Diego Maradona’s feats at Mexico ’86.

Meanwhile, Ronaldo will be the spearhead of talented Portugal side that’ll be aiming for their maiden World Cup trophy. Despite not being touted as many people’s favourites, the 37-year-old will definitely back himself to guide Portugal deep into the competition.

Both players will be playing in their last World Cup; Messi has already announced he’ll retire from international football after Qatar 2022 while Ronaldo’s influence is starting to wane.

But across all the major international tournaments, who has the better record? We compare them…