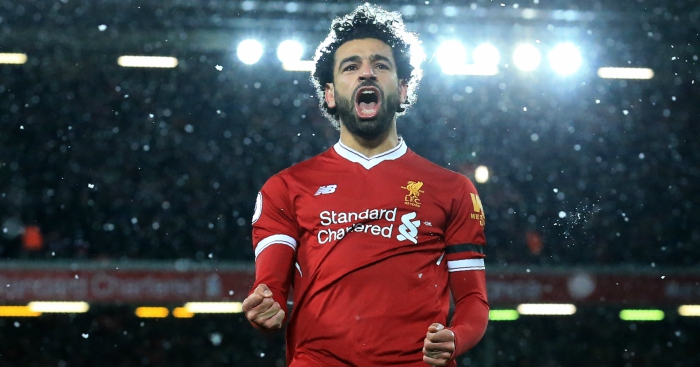 Liverpool fans have been treated to quite a few brilliant goalscorers over the past 12 years – but how do they all compare?

Mohamed Salah, Luis Suarez and Fernando Torres have all produced brilliant moments for the club and they are amongst the best strikers to play at Anfield.

Salah continues to shine for Liverpool so we’ve looked at all of their records to see who comes out on top.

Even though he mainly plays on the wing, Salah is the top goalscorer out of the three of them because he has scored 84 goals in 126 games in all competitions for Liverpool, averaging a goal every 123.8 minutes.

The 27-year-old is now 18th on Liverpool’s all time top goalscorers list, but he will need another 263 goals to overtake Ian Rush in first place.

In comparison, Torres managed 81 goals for Liverpool in 142 games before signing for Chelsea, averaging a goal every 135 minutes.

Luis Suarez may have got 82 goals in 133 games, but his record in front of goal for the club is slightly worse than the other two because he scored a goal every 138 minutes.

However, while Suarez and Salah have both won the Premier League Golden Boot award, Torres was never the league’s top goalscorer during his three-and-a-half years at Anfield.

Mo Salah has 84 goals for Liverpool, more than:

While all three players of these players are best known for their goal scoring abilities, they are able to set up goals for their teammates as well.

Salah is sometimes called selfish in front of goal, but he has 30 assists in 126 games in all competitions for the Reds, averaging an assist every 346.8 minutes.

Just like the Egyptian, Suarez also registered 30 assists for Liverpool but it took the Uruguayan another seven games to reach that tally, so he got an assist every 377.4 minutes.

Torres was the most natural striker out of the three of them, and he only managed 20 assists in 142 games for the club, averaging an assist every 547 minutes.

Therefore, Salah has the best record out of the three Liverpool forwards with 114 goals and assists for the club, averaging one or the other every 91.2 minutes.

Suarez is in second place with 112 goals and assists during his time in England, so he averaged a goal or an assist every 101.1 minutes.

That leaves Torres in third place although he did still have a pretty impressive record at Liverpool. The striker managed 101 goals and assists for the club, averaging a goal contribution every 108.3 minutes.

Of course, Salah also has a Champions League title on his Liverpool CV and if he adds a Premier League title as well, the argument will surely be closed.

Crouch on Salah: “Ridiculous numbers. Similar to Suarez and Torres … but he has surpassed both of them. He was the difference today … clinical again. He’s an elite footballer playing at the heart of his game in our league and it is a joy to watch.” pic.twitter.com/Ha8gHAsK1H

Fernando Torres, Mo Salah and the oddities of Liverpool hat-tricks