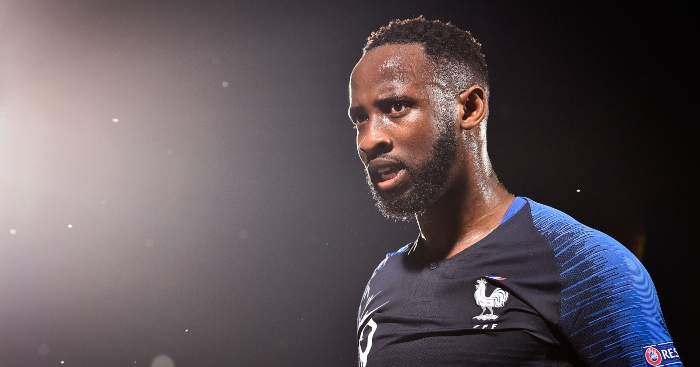 Lyon striker Moussa Dembele has been linked with a move to Manchester United this month – but would the forward fit in at Old Trafford?

According to Foot Mercato, United are readying their first official bid for the forward, following Marcus Rashford’s recent injury setback.

With that in mind, we’ve compared the 23-year-old’s 2019-20 league stats to United’s current strikers, Anthony Martial, Mason Greenwood and Rashford

In 19 Ligue 1 appearances this season, Dembele has scored 11 goals and registered one assist from a total of 1,532 minutes on the pitch. As a result, his record stands at a goal or assist every 127.6 minutes.

Despite playing in a much stronger league, all three of United’s forwards have a better record than Dembele this season.

Of Ole Gunnar Solskjaer’s forwards, Rashford unsurprisingly leads the way with 14 goals and four assists at a rate of one every 104.5 minutes.

The 18-year-old has four league goals from his 433 minutes this season, equating to a goal or assist every 108.2 minutes.

Martial has been United’s first-choice striker this season, and the Frenchman has a record of a goal or assist every 124.3 minutes (eight goals, three assists).

A 95th-minute winner to send Lyon above rivals Saint-Etienne into 3rd in Ligue 1?

The fans will be talking about this one for some time 👊 pic.twitter.com/C8DPpCtJdF

Strikers are renowned for being selfish in front of goal instead of creating chances for their team-mates and this quartet don’t buck that trend.

Rashford comes out on top, creating 1.1 chances per 90 minutes, while Greenwood has the lowest total with 0.6.

In terms of dribbling, Rashford leads the way yet again (2.1 successful dribbles per 90 minutes), although it should be noted that the 22-year-old has a completion rate of just 48.8%.

Martial follows closely behind with 1.8 successful dribbles per 90 minutes at a slightly better completion rate of 52.9%

Greenwood completes the third most with 1.0 per 90 and also has the highest success rate at 71.4%. Dembele finds himself at the bottom of the pile, completing 0.9 per 90 at the lowest success rate (33.3%).

Ole Gunnar Solskjaer likes his forwards to contribute defensively and it may be an area Dembele would have to work on if he were to move to United.

Rashford and Martial both make 0.6 successful tackles per 90 minutes with better success rates (54.5% and 66.6%, respectively). Greenwood leads the way with 1.5, albeit with the same success rate as Dembele.

In terms of interceptions, Rashford records the most with 0.4 per 90, followed by Dembele and Greenwood on 0.2 and Martial on 0.1.