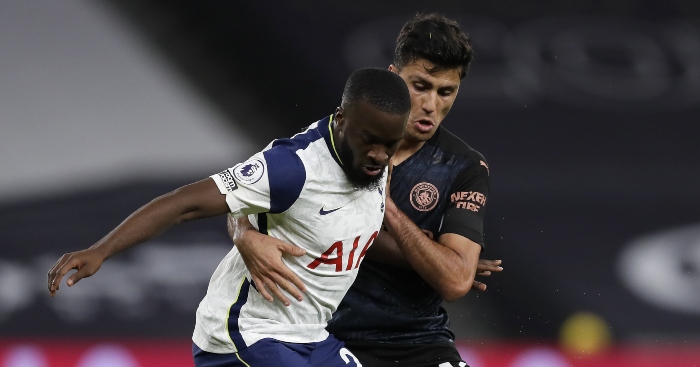 Remember when everyone was mocking Tottenham midfielder Tanguy Ndombele?

The feeling among many last term – especially Jose Mourinho – was that Ndombele looked nowhere near fit enough for the Premier League and he was already being called a flop in some quarters.

While we are only nine matches into the new league campaign, the perception of Ndombele has completely changed, and he is now regarded as one of the stars of Mourinho’s team.

This turnaround in opinions is only made more impressive by the fact he’s playing in a side that currently tops the Premier League table.

He’s also stepped into a role of far greater prominence, having already made seven starts in the league this term, after managing just 12 in the entirety of the last campaign.

So, considering how much better the 23-year-old is doing, how does that show up in his statistics? We think you may be surprised, because we certainly are.

While the statistics indicate that Ndombele’s output has actually declined in various areas, it’s pretty clear to see how much better he now fares when you watch the midfielder in action.

It is also worth keeping in mind that the Frenchman’s per 90 statistics were likely skewed by the fact that in his 21 Premier League appearances last term, he played 45 minutes or fewer in 13 of those games (61.9%), compared to three of his nine games (33.3%) this term.

The 23-year-old’s display in the 2-0 victory over Manchester City on the weekend is a definite example of just how effective he is now.

Not only did Ndombele provide a delightful assist for Heung-min Son’s opener, but he was here, there and everywhere, oozing confidence, while the energy he showed suggests fitness is no longer and issue.

He broke up Machester City’s play with well-timed challenges, linked Spurs’ play beautifully at times, danced away from the opposition and hit the occasional spectacular pass.

The midfielder looks far more dominant and authoritative this season; that he is doing so in a much more well-balanced team overall is no doubt helping him now that the workload is being shared.

Watch: Tottenham are denied a goal of the season contender by offside call