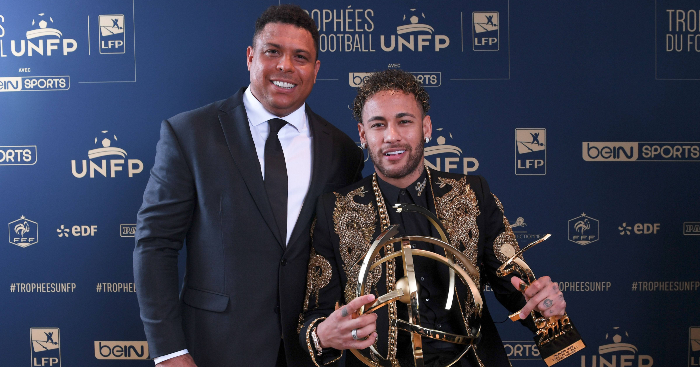 Neymar has moved ahead of Brazil legend Ronaldo Nazario in the country’s all-time top scorers list, and he did it in style with a hat-trick against Peru.

Only Pele has scored more goals for the Selecao than the 28-year-old, who moved up to 64 in total with three goals in Tuesday’s 4-2 World Cup qualifier win. The PSG star, who has already won 103 caps for Brazil, is now within 13 strikes of Pele’s all-time record of 77 goals, remarkably scored in just 92 international caps.

But how does Neymar compare to Ronaldo? Here’s a closer look at their records for club and country, when it comes to goals and silverware.

The PSG star made his international debut back in 2010, averaging 0.62 goals per game since then. Il Fenomeno himself averaged 0.63 goals per game over 97 appearances in a 12-year international career before returning for a 15-minute send-off in a friendly victory over Romania in Sao Paulo in 2011.

Neymar’s most prolific year for Brazil came in 2014, when he scored 15 goals from 14 appearances, while Ronaldo’s best came during his early Barcelona/Inter peak in 1997, with 15 goals from 20 appearances that calendar year for the Selecao.

In terms of honours, Ronaldo won two Copa America titles and was named player of the tournament in their 1997 win and joint top-scorer with Rivaldo in their 1999 win, while he scored a hat-trick in a 6-0 victory over Australia in the final of the 1997 Confederations Cup. We’ll get to the big one later, don’t worry.

Neymar has won Olympic Gold with Brazil in 2016, but the senior side won their first major honour in 12 years without him; he was sidelined and not part of the squad as Tite’s men won the 2019 Copa America on home turf. 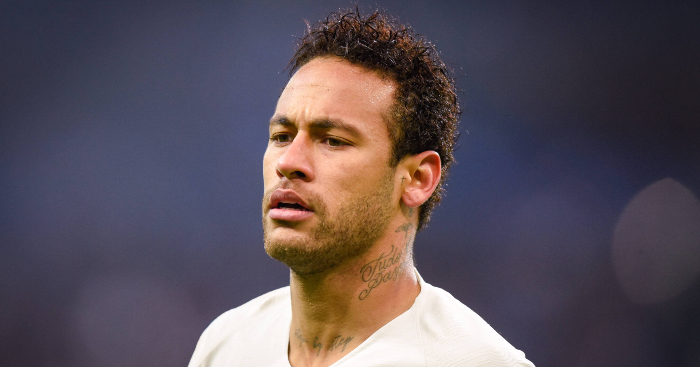 The big differerence is on the biggest stage. Ronaldo has two World Cups on his honours list, and Brazil reached three consecutive finals during his time, although he didn’t actually make it onto the pitch throughout their USA 94 win.

He had a starring role to play in France 98, winning the Golden Ball award for best player at the tournament with four goals en route to the ill-fated final against the hosts, and he finished as top scorer with eight goals as Brazil won the 2002 World Cup in Japan and South Korea.

Adding to his tally in 2006, those goals saw Ronaldo become the World Cup’s all-time leading goalscorer, with 15 goals from 19 matches across three World Cups, before being surpassed by Germany’s Miroslav Klose in 2014.

By contrast, Neymar has scored six World Cup goals from 10 appearances between the 2014 and 2018 World Cups.

He was injured as Brazil were infamously thrashed 7-1 by Germany at the Maracana in the 2014 semi-final and couldn’t make the difference in their 2018 elimination, a 2-1 quarter-final defeat to Belgium – although might have taken it to extra time if not for a fingertip save from Thibaut Courtois in the dying seconds.

The two Brazilians have quite contrasting club career paths. Ronaldo was only 17 when he signed for PSV in 1994 and had scored over 100 goals in the European game, twice breaking the world transfer record in signing for Barcelona and Inter in back-to-back summers before he turned 21.

Neymar, on the other hand, was still 21 when he left Santos for Barcelona in 2013.

At the time of writing, Neymar is into his eighth season in the European game and has scored 177 in 274 appearances (0.64 goals per game) between Barcelona and PSG. In 15 seasons with PSV, Barcelona, Inter, Real Madrid and AC Milan, Ronaldo scored 273 goals in 402 appearances (0.67 goals a game).

Neymar has won two La Liga titles and three Ligue 1 titles, as well as a further seven domestic cups and the Champions League with Barcelona in 2015 before finishing runner-up with PSG in 2020. 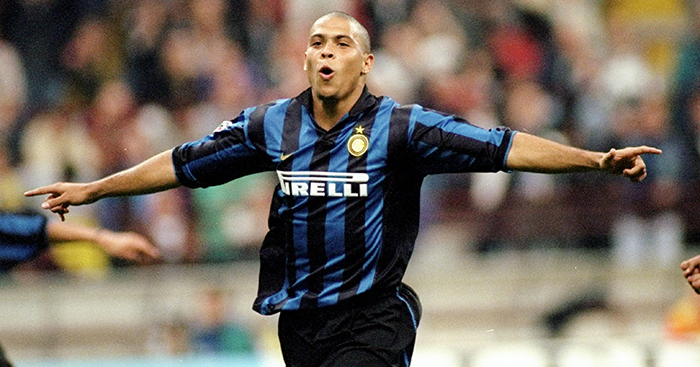 In terms of silverware, Neymar has surpassed Ronaldo, although it should be stressed he signed for sides that were already dominant before his arrival.

In 14 years in the European club game, Ronaldo won the KNVB Cup with PSV, the Copa del Rey and Cup Winners’ Cup under Bobby Robson at Barcelona, the UEFA Cup with Inter and one La Liga title with Real Madrid.

Neymar scored 136 goals in 223 appearances for boyhood club Santos before his big-money move to Barcelona, winning three consecutive Campeonato Paulista between 2010 and 2012, as well as the Copa do Brasil in 2010 and the Copa Libertadores in 2011.