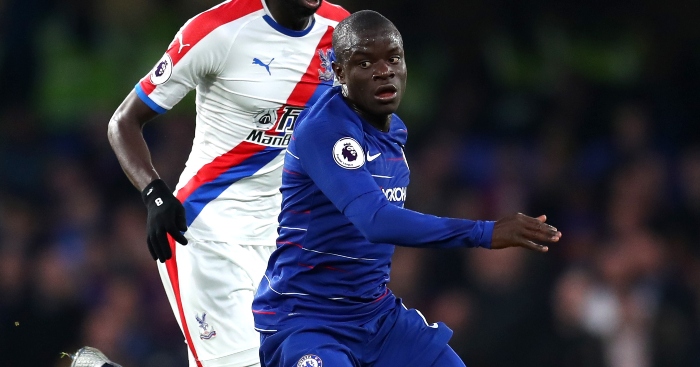 Chelsea have enjoyed an excellent season so far, and things just keep getting better.

Maurizio Sarri has enjoyed the longest unbeaten start of any new manager in Premier League history, and the Italian has instilled the lovely passing football that made him so popular at Napoli.

The good news doesn’t end there, as it was announced on Friday that N’Golo Kante has signed a new contract to extend his time at the club to 2023.

One of the most popular players in the Premier League, Kante’s reputation has been built upon his outstanding stats in terms of distance covered and ball recovery, constantly outperforming other defensive midfielders in that regard.

But Sarri has deployed him in a new role this season, a little further forward after Jorginho followed his former manager from Napoli in the summer.

In his slightly more advanced position, how has he been comparing to the top six’s midfielders this season?

But this should be no surprise as Chelsea are much more possession-orientated teams this season, impressively equalling Manchester City’s average of 63%, which is considerably more than the next highest, Arsenal’s average of 56%.

Kante and Jorginho average 143 passes between them per game, whereas Xhaka and Torreira manage 131, and 41 forward passes to their 35.

Manchester City’s Fernandinho has outperformed Kante in a number of metrics this season, most notably with twice as many interceptions with 1.6 to 0.8.

Like Chelsea, Liverpool don’t deploy an out-and-out defensive midfielder as their three in the middle usually share the duties.

James Milner manages twice as many interceptions per 90 with 1.6 to Kante’s 0.8, 1.6 tackles to Kante’s 1 and 2.8 blocks to Kante’s 1.17, although this will largely because Klopp’s men don’t enjoy as much of the ball as Sarri’s Chelsea.

In terms of passes, Milner manages 59 to Kante’s 51 but is well behind Jorginho’s average of 92.

Fabinho is Liverpool’s most obviously defensively-minded midfielder but is yet to make his mark on the team, managing just 293 minutes so far.

Manchester United’s Nemanja Matic has almost identical numbers in terms of tackles, blocks and interceptions as Kante, and he plays roughly as many passes, although a lower proportion are played forward: just 12 per 54, whereas Kante plays 18 forward of his average of 51.

Eric Dier of Tottenham also outperforms Kante in terms of interceptions, blocks and tackles won, which underlines how we might have to recalibrate how we judge the Frenchman going forward in a possession-focused team.

Both players average 51 passes per 90 minutes, although, like many others, more of Dier’s are played backwards and sideways.