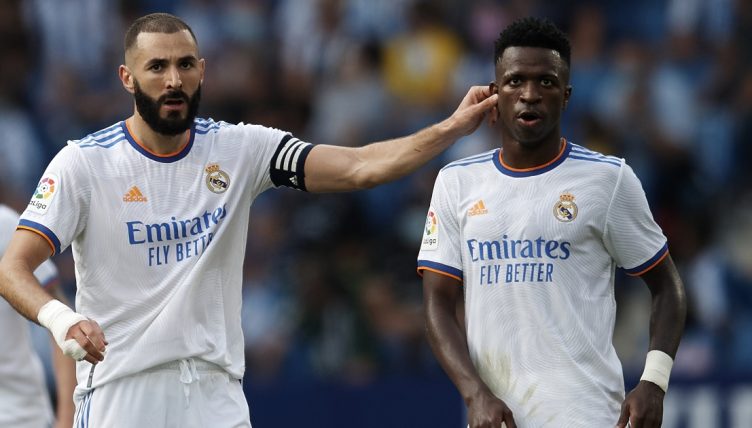 Karim Benzema and Vinicius have formed a deadly partnership this season, firing Real Madrid to the top of La Liga and the final of the Supercopa de Espana.

Vinicius, who was famously criticised by Benzema in October 2020, is now starting to fulfil the potential that he possesses and is regarded as the most valuable player in Europe.

Benzema is at a completely different stage of his career, but the 34-year-old is showing no signs of slowing down and recently scored his 300th goal for Madrid.

We’ve compared their stats in all competitions this season with the overall stats of the eight forwards that have played five or more first-team games for Barcelona in 2021-22.

He shows his electric pace on the break to net his 15th goal of the season 📈#ElClasico pic.twitter.com/vz9wWHy9ps