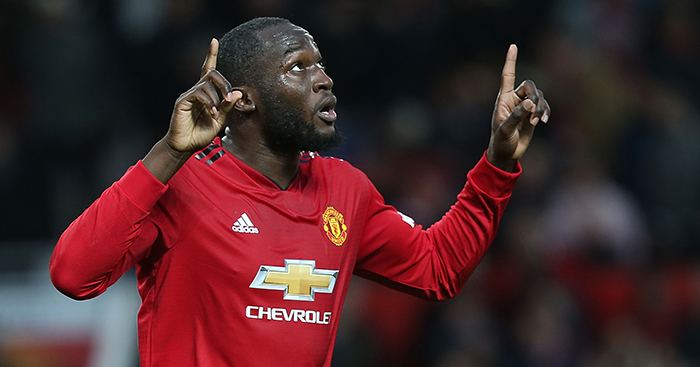 Romelu Lukaku has scored on his each of his last two starts for Manchester United and says he is back to a “decent level” – and the stats back him up.

Lukaku scored 27 goals in his debut season at Old Trafford but had only four from 17 appearances this time around before notching against Southampton and then the 4-1 win over Fulham.

The Belgium forward has acknowledged he was carrying too much muscle at the start of the season but has altered his training and believes he “played with intensity like everybody else did” against Fulham. And the stats certainly show a difference.

Of the basic stats available to the public, perhaps the most telling in Lukaku’s case is the number of touches of the ball he’s been having per game.

In the Fulham win he had 42, which was the still lowest of all outfielders to play the full 90 minutes but more than double the 20 he managed in the 0-0 draw against Crystal Palace on November 24.

In his three Premier League starts before that Lukaku had 35 (Chelsea), 35 (Newcastle), 28 (West Ham) and 22 touches, an average of 24, but he upped that to 37 in 85 minutes against Southampton before being dropped to the bench for the Arsenal game and then upping his touches again against Fulham.

In the role he plays, Lukaku is expected to dominate centre-backs in the air – and the five aerial duels he won against Fulham is the joint most of any of the seven games we’re looking at.

He won three against Southampton before his late withdrawal, but just two in full 90-minute appearances against Newcastle and Wolves. He won an average of 3.4 in his five Premier League starts before finally getting back in among the goals against Saints.

Working harder is one thing, but the biggest concern is that Lukaku simply wasn’t looking like scoring during his barren run.

He did not have a single shot on target against Wolves, West Ham, Newcastle or Chelsea, and only managed one against Palace, which was remarkably just his fifth effort overall from those five games.

He then got both of his shots on target against Southampton, scoring from one of them, before having five efforts against Fulham and hitting the target with four of them, more importantly finding the net at Old Trafford for the first time since March.

Despite Lukaku’s improvement in his last two starts, there is still room for improvement.

He’s also winning fewer free-kicks for the team (0.2 per game, down from 0.5 last season and 0.9 at Everton), but José Mourinho will no doubt be pleased that the penny appears to have dropped at least.

“I think I just need to keep working hard,” Lukaku said after the Fulham game. “Me and the manager had good conversations in the last couple of days, where really he told me what he wanted from me.

“I know from my side I have to do better, and I just keep looking forward and improving, trying to add into my game and help the team to win.”