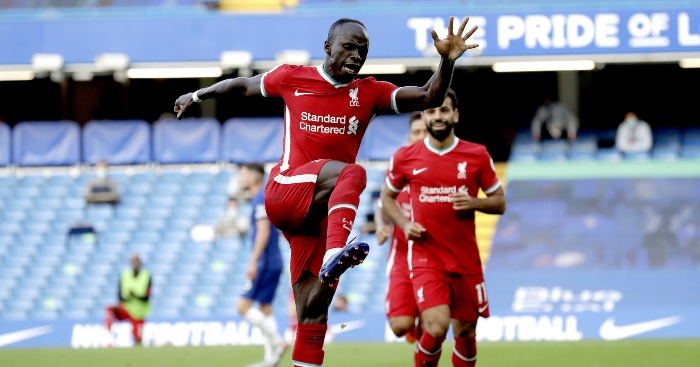 Sadio Mane has developed into one of the best wingers in the world at Liverpool, but how does his Premier League record compare to an all-time great?

Mane joined Liverpool in a £34million deal from Southampton in 2016 and has gone from strength to strength under Jurgen Klopp, helping the Reds end their 30-year wait for a league title in 2019-20.

And the all-time leading Senegalese goalscorer in Premier League history has started the new season strongly too, scoring both goals in the Reds’ 2-0 win at Chelsea on Sunday.

New signing Thiago Alcantara also shone on his debut at Stamford Bridge, posting some impressive stats, and after ranking Liverpool’s previous No.6s in the Premier League era, we reckon it won’t be too long before we’re putting the Spaniard of that particular list.

Mane, meanwhile, now has extra competition in the form of Jota, but it’s pretty safe to assume he won’t be losing his status as a first-choice pick anytime soon.

We’ve compared his Premier League record with Cristiano Ronaldo, widely regarded as one of the greatest Premier League players of all time, to highlight just how sensational his numbers are.

As the stats show, Mane has scored more Premier League goals than Ronaldo from the same number of games, although he has played more minutes.

The Senegal international also scores a non-penalty goal on a more regular basis than Ronaldo, but the former United star did provide more assists for his team-mates.

While Ronaldo scored 20 league goals directly from a free-kick or penalty, Mane is yet to score from a set-piece in the Premier League.