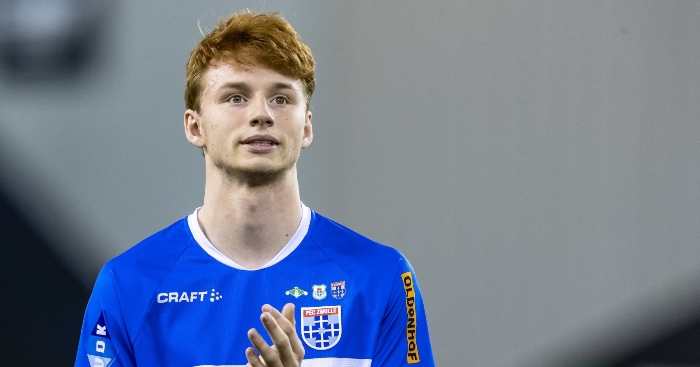 Liverpool have made their first signing of their summer with PEC Zwolle’s teenage defender Sepp van den Berg moving to the Reds in a deal which could rise to £4.4million.

We’ve compared the centre-back’s stats from the 2018-19 Eredivisie campaign to those of Klopp’s current options in the centre of defence: Virgil van Dijk, Joel Matip, Dejan Lovren and Joe Gomez.

Big numbers in terms of defensive actions are not necessarily the sign of a good player – in fact, the opposite is generally true when it comes to tackles – and that is shown by Van Dijk, who completes the fewest number of tackles per 90 minutes of the whole group with 1.0 but does so with a 100% completion rate.

Van den Berg still ranks highly, however, with Van Dijk the only member of the quintet with a better success rate and Matip the only player to complete more tackles per 90 (2.3 at a success rate of 79.3%).

Van den Berg also ranks highly in terms of interceptions, with only Matip (1.9 per 90) averaging more than his 1.2 per 90 in the Eredivisie.

One area the youngster may struggle in the Premier League is his aerial prowess. Van den Berg won 1.3 aerial duels per 90 minutes last season at a success rate of 40.6% – both are the lowest figures of the quintet in this regard.

Liverpool are no longer the chaotic, gung-ho outfit which Klopp became renowned for, instead playing a much more measured, controlling game.

And Van den Berg’s passing completion rate of 88.4% bodes well for the teenager, bettered only by Van Dijk’s 89.7%.

The Netherland’s Under-19 international is yet to score or provide an assist in senior club football, although Liverpool’s centre-backs rarely chipped in with goals last term.

Van Dijk led the way with four goals and two assists, while Matip and Lovren both notched once in the Premier League.

None of Gomez, who is also yet to score in senior club football, Matip and Lovren provided an assist.