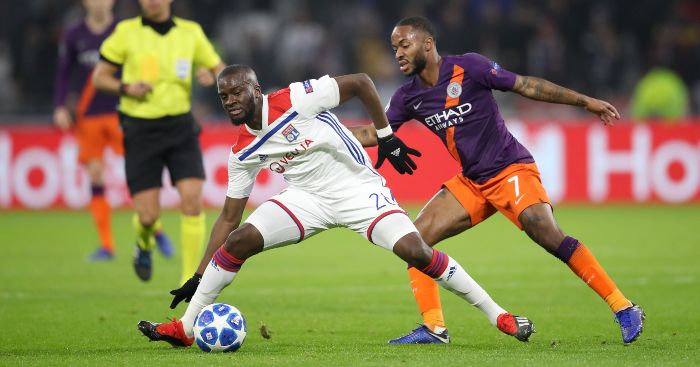 Tottenham have signed Tanguy Ndombele for a club-record fee from Lyon – but how do the midfielder’s 2018-19 stats compare to Spurs existing midfielders?

We’ve compared Ndombele’s Ligue 1 stats from last season to Harry Winks, Moussa Sissoko, Eric Dier and Victor Wanyama’s in the Premier League to see how the new man might fit in under Mauricio Pochettino.

If it’s a tough tackler that Spurs are after, then Ndombele could certainly be the man to fill the hole. His tackling is far superior to most of the Spurs midfield, with an average of 2.7 tackles per 90 minutes.

Just behind Ndombele is Wanyama, on 2.3, who missed the majority of the season due to injury, but the others fall well below his level. Dier, Sissoko and Winks average 1.5, 1.4 and 1.2 respectively.

Ndombele’s reading of the game perhaps isn’t at the same standard as some of Tottenham’s stars, though, as his interception stats fall below the bulk of their midfield.

Dier leads the way on 1.3 interceptions per 90 mins, with Winks and Wanyama both making 1.2, followed by Ndombele on 1.0 and Wanyama on 0.6.

It’s definitely worth bearing in mind, though, that 22-year-old Ndombele is the youngest of the quintet.

Pochettino likes his possession-based football, meaning Spurs need midfielders comfortable on the ball as well as able to break up play.

Spurs would also benefit from a creative spark on top of just a steady passer, especially if they are to lose Christian Eriksen this summer, so while passing accuracy is important, they also need to be effective.

Again, this is something which Ndombele impresses on, as he finished the season having created 1.6 chances per 90 minutes, making seven assists in the process.

Pochettino’s current midfield options fall short in that department, with Sissoko being the closest to Ndombele on 1.0 per 90 mins and three assists in total.

Dier, Winks and Wanyama’s stats perhaps suggest that they are much more defensively minded than those two as none of the trio made more than 0.5 key passes per game and tallied zero assists between them.