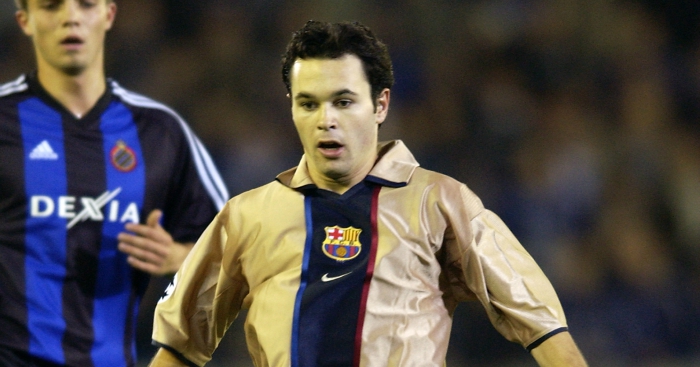 Andres Iniesta won 32 trophies across 16 years at Barcelona – and while he remained a constant, plenty changed around him.

In April 2018, a few days before clinching his ninth La Liga title Iniesta announced he would leave Barca at the end of the season, bringing to an end a truly remarkable career in Catalonia.

We’ve looked back at the Barcelona team from the midfielder’s debut – a 1-0 win at Club Brugge in the 2002-03 Champions League – and compared it the XI which took to the field for the 5-0 demolition of Sevilla in the Copa Del Rey final in April 2018.

In a much-changed Barcelona XI for the trip to Brugge, Robert Enke – who tragically took his own life in 2009 – lined up in goal in place of regular No.1 Roberto Bonano. The run-out came only a month after Enke was publicly criticised by captain Frank De Boer following the shock defeat to third-tier Novelda.

Barca were also lining up with a change in goal against Sevilla, as cup specialist Jasper Cillessen stood in for Marc-Andre ter Stegen.

With Louis van Gaal opting for a back three, it’s not possible to compare the team player for player.

Carles Puyol was a familiar face at the back in 2002, having by now established himself in the Barcelona first team. The future captain played alongside Fernando Navarro, who is perhaps better known for his time at Sevilla and continues to play for Deportivo.

Dani Tortolero completed the back three but only ever appeared once more for Barcelona, in the final game of the group stage against Galatasaray.

While that may not have been a stellar Barca defence, the team against Sevilla was packed with season internationals. Gerard Pique and Jordi Alba acted as the experienced heads, while Sergi Roberto and Samuel Umtiti are now firmly establish in the club’s starting XI.

One of the more interesting tactical points this season has been Barcelona’s shift to something resembling a traditional 4-4-2, albeit with one offering plenty of fluidity and flexibility.

Iniesta has tended to start from the left flank, with Philippe Coutinho operating from the right since joining from Liverpool. Sergio Busquets and Ivan Rakitic then dictate play from the centre of the park.

On his debut, Iniesta was selected as one of two No.10s alongside the enigmatic Juan Roman Riquelme, who scored the only goal on the night.

Former Manchester City and Hull City cult hero Geovanni lined up on the left but would leave the club at the end of the season having fallen out of favour.

Fabio Rochemback, who went on to play for Middlesbrough and Sporting Lisbon (and was arrested in connection with an alleged cockfighting ring in 2017), patrolled central midfield with Gerard Lopez. Lopez was sacked as Barcelona B manager earlier this week.

Playing from the right flank, Gabri was in the midst of his period as a regular in the Barcelona side. 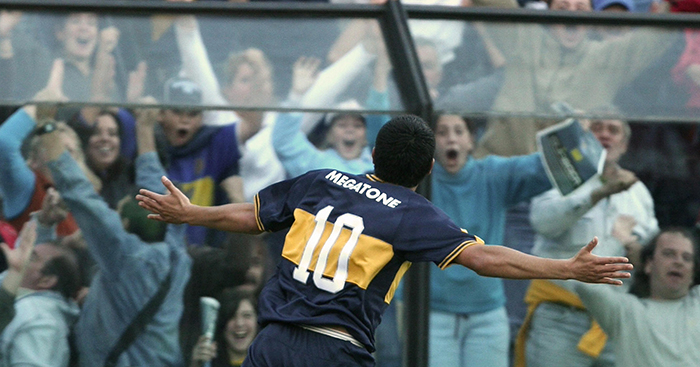 Spare a thought for Dani Garcia. No matter who appeared up front for Barcelona against Brugge, they were probably not going to compare favorably here.

The former Spain international does hold the distinction of having played for both Real Madrid and Barca, however, and had also scored a crucial goal the previous season to help the club beat Chelsea and reach the semi-finals of the Champions League.

But, yeah, sorry, Dani, have you seen Lionel Messi and Luis Suarez? F*cking good, aren’t they? What more do you want us to say?