Comparing the conversion rates of the top 10 goalscorers in Europe 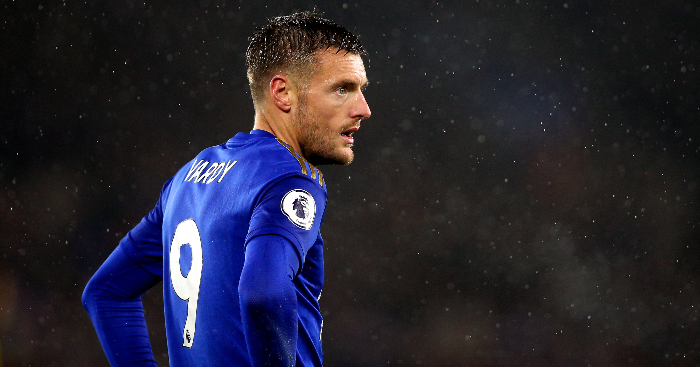 While Lionel Messi and Cristiano Ronaldo are conspicuously absent, there’s a lot of familiar names among Europe’s top 10 goalscorers so far this season, as well as a few surprise names.

But who’s the most clinical of all of them? We’ve looked at the top 10 goalscorers in Europe’s top five leagues – the Premier League, Serie A, Bundesliga, La Ligue and Ligue 1 – and ranked them in order of shots needed per goal.

Since the departure of Ronaldo, the Frenchman now takes goalscoring responsibility. He’s stepping up, too, as La Liga’s top scorer with nine goals, and he’s actually scored more club goals than Ronaldo at Juventus since the start of last season.

He’s not been especially clinical, though. He’s taken 41 shots so far this season, hitting the target with just under half (49%), and scoring with 22% of them.

Eden Hazard: “Karim Benzema is the best number 9 in the world and he makes others better.” pic.twitter.com/9qNyrnTAHw

Manchester City’s main man up front was the Premier League’s early pacesetter with eight goals in the first six games of the season. But he’s fallen down the goalscoring charts, and his goals-per-shot ratio has taken a hit with one goal in his last six league appearances.

He’s taken 30 shots this season, scoring nine and hitting the target with 40% of them.

One of the stories of the season, the Chelsea academy graduate is relishing the opportunity at his parent club after a series of loan moves away.

The Inter Milan striker is up to nine Serie A goals this season, just one behind his former club Manchester United since the start of September.

RB Leipzig’s Timo Werner is up to 11 goals this season, on track to beat his best goalscoring campaign of 21 goals back in 2016-17.

The Germany international has scored those 11 goals from 32 shots, on target with 69% of his efforts.

Lewandowski could well be on for a career-best campaign at the age of 31. He’s way out in front in Europe’s top five leagues with 16 league goals, and he’s scored in every Bundesliga and Champions League appearance so far this season.

He does take a lot of shots – 43 in total is more than anyone else on this list – but he’s not been especially wasteful. He’s scored with 37% of his shots and been on target with 56%.

Is there a better striker right now than Robert Lewandowski? 🤔pic.twitter.com/SKsf4qege6

Monaco brought the striker back to Ligue 1 from Sevilla in the summer, and he’s delivering. He’s joint top scorer in Ligue 1 with nine goals.

Serie A’s top scorer has 14 already, averaging more than a goal a game. He’s now notched more than a hundred goals since signing for Lazio in 2016.

Suddenly, everything seems to be turning to gold for 32-year-old Fortuna Düsseldorf striker Rouwen Hennings. He’s spent the vast majority of his career outside the top flight in Germany, with a short spell in the Championship with Burnley in 2016.

He’s up to nine goals already in the Bundesliga, and has just been lethal with the few efforts he does have. He’s only had 20 shots this season, 15 of which have been on target (75%).

Brendan Rodgers has brilliantly refined Jamie Vardy’s game down to the basics. He doesn’t quite chase everything down like he once did, but he doesn’t need to with a brutal minimalism to his game.

He tops the Premier League goalscoring charts with 11 goals. That’s from just 23 shots, 16 (70%) of which have been on target.