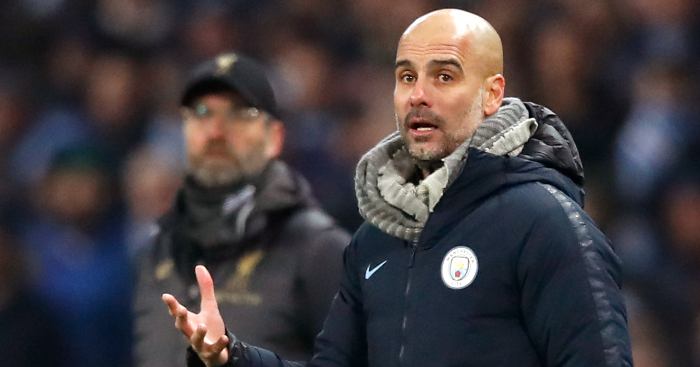 We’re 11 games into the Premier League season and it’s shaping up to be another relentless title battle between Manchester City and Liverpool.

Jurgen Klopp’s Reds have a six-point lead over champions City, after both sides came back from a goal behind to beat Aston Villa and Southampton respectively. They’re set to play one another next weekend, but who’s had the tougher fixtures so far – and who has the more difficult fixtures to come?

Both sides have played 11 of their fellow 19 Premier League sides, so we’re taking a look at who has the more difficult upcoming fixtures – on paper at least.

That’s an average position of 10.75, with an even split of four sides apiece from the top and bottom halves of the table. Man City are the only side in the Premier League’s current top six they’ve yet to play.

Of the Premier League’s traditional ‘big six’, Liverpool have already taken 10 points, beating Chelsea, Arsenal and Tottenham but held to a draw away at Manchester United – still the only side to have taken a point from them this season.

That bodes very well for the Reds. In the last two seasons, they’ve only lost one game to a side outside the traditional big six – Swansea City in January 2018. Last season, they dropped a total of just six points to sides seventh and below.

That’s an average position of 7.25 that Pep Guardiola’s men face. On paper, they’ve got much trickier fixtures coming up, so a defeat at Anfield next week could prove hugely damaging.

The champions have only played one of the traditional ‘big six’ so far this season, held to a 2-2 draw by Tottenham, while they’re still to play each of the teams currently occupying the top six positions.

There’s also a couple of potentially tricky fixtures elsewhere. Sheffield United are a surprise package this season, while they lost to Newcastle on their last visit to St. James’ Park last season. The Magpies are struggling under Steve Bruce this season, but they have recorded shock wins over Manchester United and Spurs.

But the good news for City is that they’ve tended to step up to the big occasion under Guardiola. Last season they won eight of ten games against top-six sides, losing just one, and taking 25 points from a possible 30.