Comparing the fixture difficulty of the PL’s seven relegation contenders 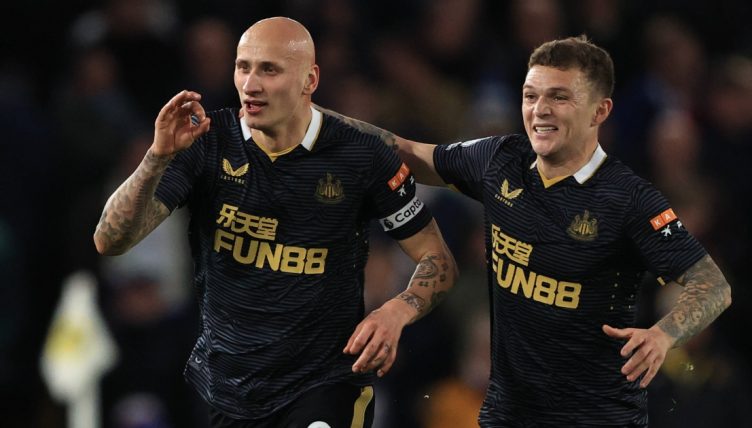 The Premier League relegation battle is still wide open with just under half of the season remaining – but who is destined for Championship football next season?

The bottom three are currently Burnley, Watford and Newcastle, but with Burnley’s games in hand, Watford’s appointment of Roy Hodgson and Newcastle’s newly found riches… it’s hard to predict who is safe and who isn’t.

We’ve taken a look at the fixtures of the seven most likely relegation contenders to see who has the toughest run of games.

Thomas Frank’s side currently occupies 14th place in the table and face an average position of 11.05 in their remaining matches, which is statistically the easiest run of the bottom seven.

Their final three games against Southampton, Everton and Leeds could be key to their survival.

A goal and assist in the first half for the Bees' star man 🐝 pic.twitter.com/JpyX2sNCHG

Leeds had a turbulent end to 2021 with some poor results but have recently improved with wins against Burnley and West Ham. They will face an average position of 10 in their remaining games.

The game at the Brentford Community Stadium on the last game of the season could be huge for both teams.

It has been a shocking season for Everton fans; with many drawing comparisons to the 1997-98 relegation battle which almost saw them go down on the last day of the season.

Their next three games against Newcastle, Leeds and Southampton could be key as new boss Frank Lampard looks to get Evertonians on-side.

They will face an average position of 9.1 in their remaining matches, which is statistically the most difficult run on this list.

When Everton needed him most, Demarai Gray stepped up again 🙌pic.twitter.com/EKOEMPmTK3

Norwich currently sit just one point above the relegation zone and have struggled for much of the season, but have had seen a recent boost of form with wins against Watford and Everton in their previous two games.

They will face an average position of 10 in their remaining league fixtures.

The Magpies face an average position of 9.4 in their remaining 15 matches.

They have spent a considerable amount on new players such as Kieran Trippier, Bruno Guimaraes, Chris Wood, Dan Burn and Matt Targett as they look to turn their season around and survive the relegation battle.

Newcastle United have landed themselves a real talent 🤩

Roy Hodgson has a tough job on his hands with Watford, who are currently 19th in the Premier League table. But they are just two points adrift from safety and have two games in hand on Norwich and three on Brentford.

Hodgson will be hoping to get off to a good start at Burnley and they are up against an average opposition of 10.05 in their last games of the season.

Burnley are currently bottom of the table but have the advantage of playing fewer games than every other Premier League team at just 18, giving them at least two games in hand and at most five games in hand on their relegation rivals.

Their game against Newcastle on the final game of the season could be monumental to both of their season’s.

The Clarets face an average opposition of 10.6.