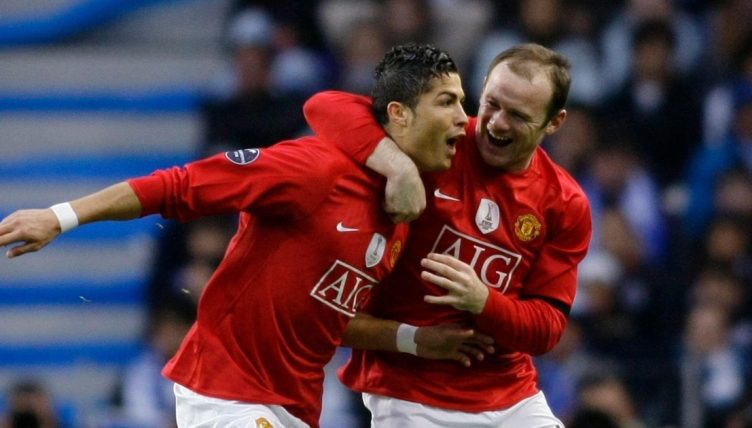 Cristiano Ronaldo decided to return to Manchester United last summer – but his second spell at the club hasn’t gone to plan.

Ronaldo left United for Real Madrid in 2009 after helping them win the Champions League in 2008 and three successive Premier League titles.

But United have been on a downward spiral since Sir Alex Ferguson’s retirement in 2013 and Ronaldo has been unable to fix their problems this time around.

The Red Devils finished sixth in the Premier League in 2021-22 and the Portugal international was reportedly shocked at the huge drop in standards at United. He’s now looking to leave Old Trafford once again before the end of the transfer window.

We’ve taken a look back at United’s squad in 2008-09 and compared it with their current side in 2022-23. Note: we’ve only included players that were first-team regulars.

Despite celebrating his 38th birthday at the start of the 2008-09 season, Edwin van der Sar was still at the peak of his powers.

The former Netherlands international recorded 21 clean sheets in the Premier League in 2008-09 and famously went 1,311 minutes without conceding a league goal.

He was also shortlisted for the PFA Players’ Player of the Year award and won the Best European Goalkeeper award from UEFA, 14 years after he first won it at Ajax.

United had back-up goalkeepers in Tomasz Kuszczak and Ben Foster, with the latter producing a man-of-the-match performance in their 2009 League Cup final victory.

The current No.1 at Old Trafford is David de Gea, who was signed as a direct replacement for Van der Sar back in 2011.

He was once regarded as one of the best goalkeepers in the world but has allowed mistakes to creep into his game in recent years and is arguably past his peak.

Ronaldo became frustrated with the Spain international during the 2021-22 season, telling him to catch the ball instead of punching it during a 3-1 win over Brentford before handing out more advice in a 1-1 draw with Atletico Madrid.

Tom Heaton, who has made just one first-team appearance for United, acts as back-up to De Gea and fellow goalkeeper Dean Henderson is currently on loan at Nottingham Forest.

United had the best centre-back in the world on their books during the 2008-09 campaign as Nemanja Vidic won the Premier League Player of the Season award and earned a place in the FIFA FIFPro World XI.

He also had a pretty good partner in Rio Ferdinand, who was named in the PFA Premier League Team of the Year for a fifth time following his impressive performances in 2008-09.

Patrice Evra formed a brilliant partnership with Ronaldo on the left wing and was recognised as the world’s best left-back when he was named in the UEFA Team of the Year and FIFA FIFPro World XI:in 2009.

Gary Neville and Rafael battled it out for the right-back spot while Jonny Evans, Wes Brown and John O’Shea were solid back-up options for Ferguson’s side.

While United had an incredibly strong defence in 2008-09, the same can’t be said for the current side. Harry Maguire joined United in an £80million deal in 2019 but has failed to justify that price tag and has made a series of calamitous mistakes.

Lisandro Martinez and Victor Lindelof are ball-playing defenders like Ferdinand, but they aren’t authoritative or dominant centre-backs and can struggle against physical Premier League strikers.

Rapahel Varane, who played alongside Ronaldo at Real Madrid, joined United in 2021 with high expectations on his shoulders but has been hampered by injury problems. Fellow centre-backs Eric Bailly and Phil Jones have also spent a lot of time on the treatment table.

Diogo Dalot and Aaron Wan-Bissaka have both produced unconvincing performances at right-back, with the former struggling defensively and the latter being criticised for his offensive work.

Luke Shaw was signed as a direct replacement for Evra in 2014 but has been plagued by inconsistency and injuries while it’s too early to judge new left-back Tyrell Malacia.

Despite being in the twilight of his career, Paul Scholes continued to roll back the years and showcase his class during the 2008-09 season.

Michael Carrick also helped United dominate midfield battles due to his ability to pull the strings from a deep position.

While Darren Fletcher wasn’t as technically gifted as Scholes and Carrick, he established himself as a key player and fan favourite during Ronaldo’s final season due to his tireless work ethic and selfless performances.

Ryan Giggs moved into midfield towards the end of his glittering career and continued to shine, winning the PFA Players’ Player of the Year award in 2008-09.

Anderson ultimately failed to live up to the hype, but he was regarded as one of the brightest young talents in world football in 2008-09 and won the Golden Boy award.

Midfield has now become the biggest problem area for the current United side and Scott McTominay and Fred are both much-maligned figures at Old Trafford.

Bruno Fernandes enjoyed a sensational start to his United career after signing from Sporting Lisbon in January 2020 but has struggled to hit the same heights since Ronaldo returned.

Christian Eriksen recently joined the club on a free transfer after leaving Brentford and should add some composure and quality to their midfield.

It’s easy to forget that United also have Donny van de Beek, who starred for Ajax but hasn’t been given many first-team opportunities at Old Trafford. 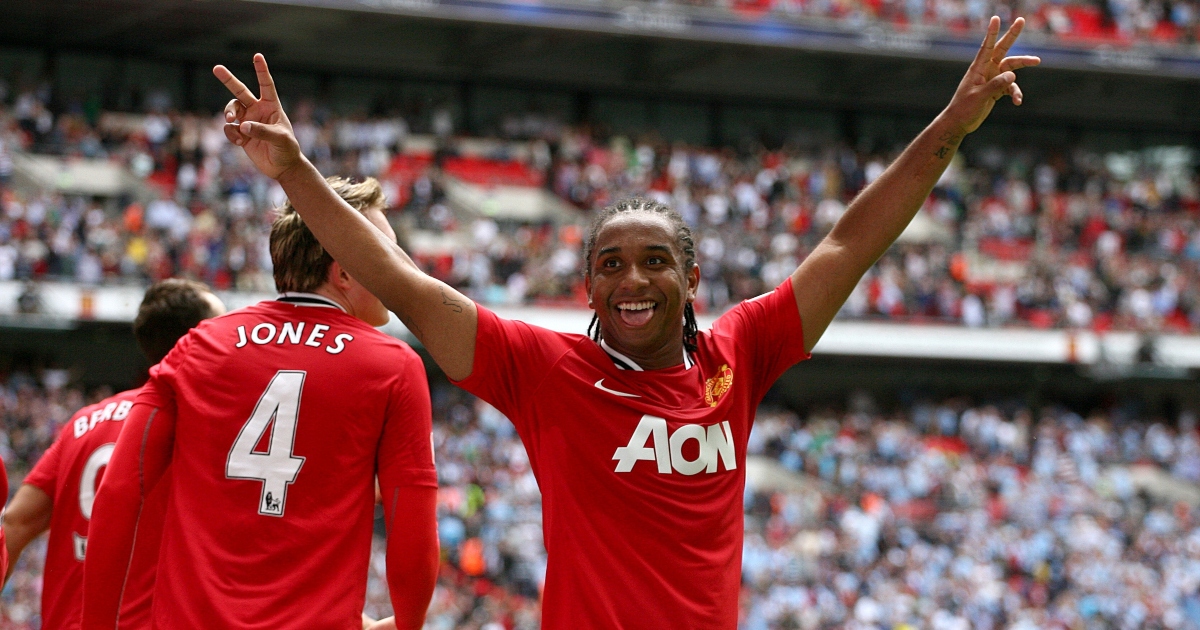 United had one of the most iconic front threes in Premier League history between 2007 and 2009 as Ronaldo, Wayne Rooney and Carlos Tevez wreaked havoc on defences.

Dimitar Berbatov was added to the mix in 2008 and the Bulgaria international provided moments of magic, including *that* assist for Ronaldo against West Ham.

Nani also loved to entertain the United fans with his skills and managed to take his game to another level following Ronaldo’s departure.

Ji-Sung Park didn’t grab the headlines like the aforementioned forwards but often played an essential and selfless supporting role in Ferguson’s side.

Despite the fact that Ronaldo returned to Old Trafford last summer, United’s attacking options aren’t as strong as they used to be.

Anthony Martial and Marcus Rashford were both hailed as the future of United following their breakthrough season in 2015-16, but the pair have struggled for consistency and gone backwards in recent seasons.

Jadon Sancho joined United in a £72million deal in 2021 but is yet to recapture the impressive form he had shown at Borussia Dortmund.

Finally, while Anthony Elanga is blessed with explosive pace and has established himself as a tireless worker in the United side, he struggles in the final third and probably needs a loan move to get up to speed.