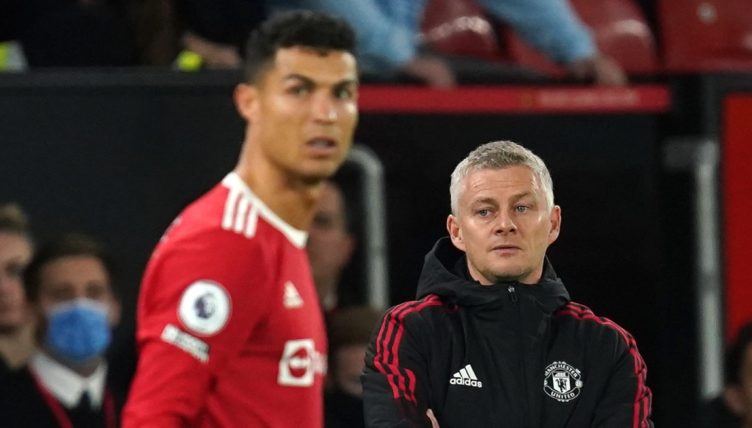 When Ole Gunnar Solskjaer was appointed as Manchester United’s interim manager, he was tasked with fixing the mess that Jose Mourinho had left behind.

Solskjaer was later given the job on a permanent basis and did a lot of good work before eventually being dismissed in November 2021.

“The board and the owners have backed me in bringing good people in, good players in, and I think, or I know, I leave this club with a better squad,” Solskajer told MUTV in his farewell interview.

“Hopefully, the next manager comes in and I want to support him, I want him to be successful. Hopefully, I’ve laid the foundations for that to happen because I know I’m good at what I’m doing.”

We’ve taken a look at how the squad he inherited in December 2018 compares to the one he’s left for his successor.

David de Gea was one of United’s standout performers under Mourinho, winning their Player of the Year award in 2017-18.

Despite allowing mistakes to creep into his game in recent seasons, De Gea retained the trust of Solskjaer and remained as United’s No.1 throughout the majority of his time in charge.

“He makes great saves, he wins games for us and I still think he’s the best goalkeeper in the world,” Solskjaer said in 2020.

After a couple of loan spells away, Dean Henderson returned to Old Trafford in 2020 and replaced Sergio Romero as their back-up goalkeeper.

Lee Grant remains at United and Solskjaer also brought academy graduate Tom Heaton back to the club during the 2021 summer transfer window.

After converting into full-backs under Louis van Gaal, Ashley Young and Antonio Valencia became two of Mourinho’s most trusted mainstays during his three seasons at United.

But the duo were deemed surplus to requirements by Soslkajer, with Valencia leaving on a free transfer in the summer of 2019 and Young joining Inter Milan in January 2020.

Solskjaer clearly wasn’t happy with the defence he inherited and spent £177.6million on it, almost half of his overall expenditure.

Aaron Wan-Bissaka was brought in from Crystal Palace in a £50million deal in 2019 and Alex Telles replaced Matteo Darmian a year later. Luke Shaw was also given a fresh start under Solskjaer but Diogo Dalot remained on the fringes of the first team.

After Mourinho unsuccessfully tried to sign Harry Maguire from Leicester City in 2018, Solskjaer brought the England international to Old Trafford during his first summer in charge.

Maguire’s arrival saw Chris Smalling shipped off to Roma and Marcos Rojo returned to his native Argentina after making just 12 appearances under Solskjaer.

Raphael Varane joined United from Real Madrid in 2021 and represents a major upgrade on Phil Jones, who has made just two Premier League appearances since the start of 2019-20.

“We have great depth of international defenders and he will add his immense skill set and leadership to that group,” Solskjaer said in August 2021.

”He [Varane] is a unique defender with a rare combination of top-level attributes that I know will rub off on our younger players. He has won everything there is to win but I know that he is still determined to succeed.”

Victor Lindelof and Eric Bailly, who were both signed by Mourinho, are still at Old Trafford but are no longer the first-choice centre-backs.

Mourinho was the one who first recognised Scott McTominay’s potential, handing him his debut and then the Manager’s Player of the Year award in 2017-18. The Scotland international is still at United and has now made 100 Premier League appearances for the club.

Ander Herrera and Marouane Fellaini also established themselves as real favourites under the Portuguese but they both left Old Trafford in 2019, joining Shandong Taishan and PSG respectively.

Nemanja Matic is now in his fifth season at United, while Andreas Pereira fell out of favour and is currently on loan with Flamengo in Brazil.

Despite sanctioning a £53million deal to sign Fred in the summer of 2018, Mourinho didn’t seem to rate the midfielder. But he did eventually turn things around and became one of the first names on the team-sheet under Solskjaer.

During Mourinho’s tenure, Paul Pogba struggled for consistency and was often likened with a move away so not a lot has changed in the last three years.

Solskjaer made just two midfield signings for United and they’ve had very contrasting fortunes at Old Trafford. Bruno Fernandes joined United from Sporting Lisbon in January 2020 and has been a goal and assists machine for the Red Devils.

“He is definitely a player that impacts results,” Solskjaer said in 2020. “He creates goals, scores goals, he takes risks, which every United player should be allowed to do, be brave enough to do. He’s definitely a brave boy who sees the pass and takes the moments.

“Sometimes I tear my hair out and say there is an easier pass, but you can’t take that away from Bruno. You want that ‘X factor.’”

Donny van de Beek has struggled for regular first-team opportunities at United but, unlike Fellaini and Herrera, is renowned for his technical ability.

Only on the pitch about 10 minutes and he buries the free-kick from the edge of the area!#EmiratesFACup pic.twitter.com/wBmk61Bkzd

Mourinho had Romelu Lukaku and Alexis Sanchez spearhead his attack at United but the duo fell out of favour following Solskjaer’s arrival.

After Lukaku and Sanchez joined Inter Milan, Mason Greenwood earned a permanent promotion to the first team and has since developed into one of the best young talents in Europe.

While Marcus Rashford has gone from strength to strength since Mourinho’s departure, Anthony Martial is still struggling to fulfil his potential.

Jesse Lingard and Juan Mata both had to settle for bit-part roles during Solskjaer’s reign and look set to leave the club with their contracts expiring in 2022.

Solskjaer used the transfer market to add some experienced and proven goal scorers to the squad, getting Edinson Cavani on a free transfer in 2020 before bringing Cristiano Ronaldo back to the club.