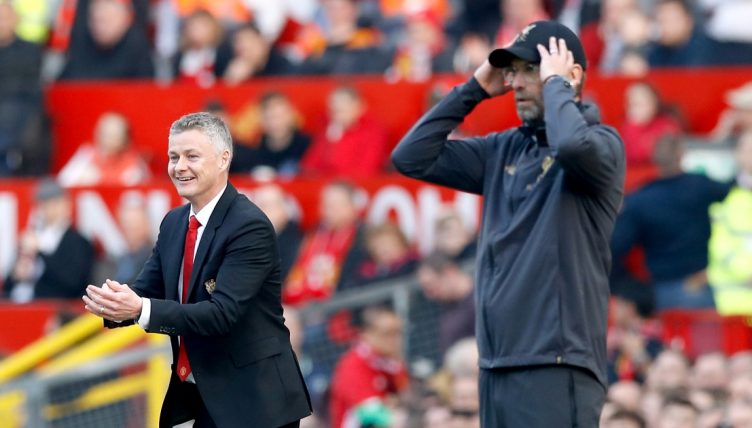 The penalty debate involving Manchester United and Liverpool has reared its head again after Ole Gunnar Solskjaer appeared to blame Jurgen Klopp for the downturn in penalties awarded to his side.

Liverpool boss Klopp in January questioned the rate of penalties given to Solksjaer’s United last season, but he can have few complaints so far in 2021-22. The Red Devils are yet to be awarded a spot-kick, but have had more than a few strong shouts controversially waved away.

But how do the two old rivals compare when it comes to getting given penalties? Here’s how their penalty stats compare to one another under the respective coaches. Touches in the opposition box stats come via Michael Reid of OPTA.

Note: this is Premier League only.

Penalties per game: 0.31
Touches in the opposition box in proportion to penalties: 1.21%
Penalties as a proportion of total goals: 13.83%

🗣️ "A certain manager last year was starting to worry about us getting penalties and after that it seems like the decisions are more difficult to give."

Touches in the opposition box in proportion to penalties: 0.44%
Penalties as a proportion of total goals: 6.37%