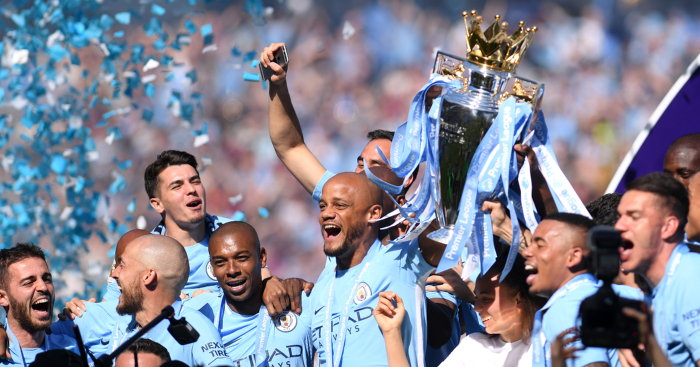 Manchester City have romped to the Premier League title this season, but Manchester United and Burnley have improved significantly, while the opposite can be said for Arsenal and Chelsea.

Pep Guardiola has guided City to the title with the highest points total, most goals scored and the biggest points gap to second, where rivals United lie.

Jose Mourinho’s men have also undergone a notable improvement over the course of 12 months though, with Burnley being the other high-achievers, in comparison to last campaign.

Arsene Wenger’s final season in charge of Arsenal saw him finish with 12 points less than last season – a bigger loss than two of the relegated sides.

Meanwhile Chelsea lost the most points compared to last term, as their attempted defence of the Premier League title saw them finish outside the top four.

We’ve taken a look at every club from this season’s Premier League, comparing their points, goals scored and goals conceded tallies of to the end of last term.

After Tottenham secured another season of Champions League football, we weigh up their achievements and progress in 2017/18: https://t.co/xA1wuRhE9e | @GhostGoal pic.twitter.com/boJcS73jwX

For me, this season eclipses all the others I’ve witnessed as a @BurnleyOfficial fan…

Memories of a lifetime, with the opening day win v Chelsea, all the way through to right now…

Thank you Dyche, Staff & the squad for the best season ever #twitterclarets #europeantour

He was just 18 when Wenger was appointed as Arsenal manager in October 1996. 😳 pic.twitter.com/ebaj80Tv7B