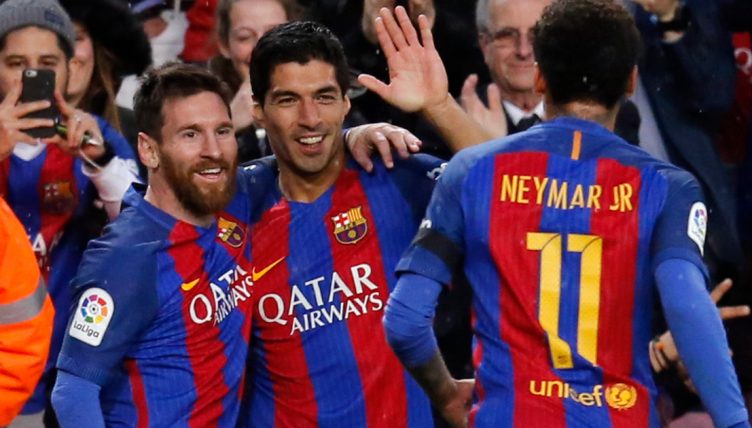 The last decade has seen some of the best-attacking trios in the history of football, with star-studded front lines at Barcelona, Real Madrid and now Paris-Saint Germain delivering the goals and the skills to write themselves into football history.

The presence of Lionel Messi and Cristiano Ronaldo boosts these attacks to an unreachable level for other clubs, but the likes of Neymar, Luis Suarez and Karim Benzema also played their part in creating some of the most devastating trios ever seen on a football pitch.

The ‘MSN’ trio of Messi, Suarez and Neymar won a historic treble in 2014-15, and were too much for most teams to handle as they married genius individualism with Barcelona’s trademark passing style of play.

At the same time, the ‘BBC’ of Benzema, Cristiano Ronaldo and Gareth Bale won a threepeat of Champions League titles and always seemed to come good in the biggest moments.

Messi, Neymar and Kylian Mbappe remains a mouthwatering prospect on paper but has yet to fully impress on the pitch for PSG, despite the ridiculous level of talent stacked in their squad.

As Neymar turns 30, the question of his role at PSG has been raised but that shouldn’t detract from what he has offered both the French champions and Barcelona over the past decade.

But which has been the most effective attacking trio of the past decade? We’ve compared the combined records of each of these three famous front lines during the period where all three were at the same club together, to provide a definitive answer.

Five years since Neymar, Messi and Suarez combined to score this beauty against Bayern Munich 🤩pic.twitter.com/5rqXnjiNGp

On this day in 2014, Real Madrid hit 6 past Schalke. (via @ChampionsLeague)pic.twitter.com/zf7rjh6I7J