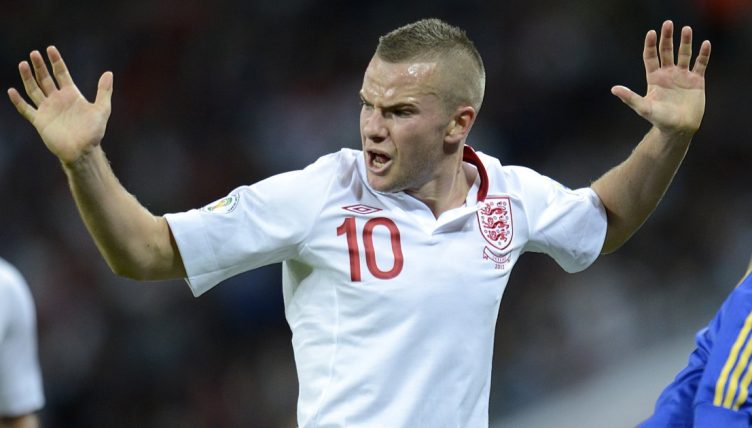 Here we go again. England have started on route to another World Cup and heartbreak no doubt lies in wait. Bring it on.

But the finals in Qatar remain almost two years away. In that time, players will lose form while others will emerge as starters. The likelihood is that the line-up will look very different between now and November 2022.

To demonstrate our point, we’ve compared how England’s team evolved between their first qualifier and their first World Cup finals match in every tournament since 1998.

Glenn Hoddle began his England reign with a satisfactory 3-0 win in Moldova with goals from Nick Barmby, Paul Gascoigne and Alan Shearer.

Hoddle then tweaked his formula before France ’98. Sol Campbell and Paul Scholes emerged, while stalwarts like Stuart Pearce were eased out of contention. Andy Hinchcliffe’s presence at wing-back made us double-take.

The big stories prior to kick-off against Tunisia in their opening match of the tournament proper centred around Gascoigne and David Beckham.

Gascoigne famously reacted to his omission from the finals squad by trashing Hoddle’s hotel room. It was controversial at the time, but hindsight suggests Hoddle’s instincts were right.

Beckham, who made his debut in Moldova, appeared in all the qualifiers but was dropped for the opening game because Hoddle thought he lacked focus.

England won 2-0 but only looked like contenders once Beckham and Michael Owen came into the team. Their epic against Argentina remains one of the great World Cup games.

On this day in 1996, Glen Hoddle kicks-off his England reign with a 3-0 win over Moldova.

The last game at the old Wembley was miserable. A deflating 1-0 defeat to a mediocre Germany played in a relentless drizzle saw manager Kevin Keegan resign in the toilets immediately afterwards.

Sven Goran-Eriksson replaced him and reshaped the side. Rio Ferdinand, who thrived after joining Leeds United, replaced an ageing Tony Adams at centre-back while Ashley Cole broke through at Arsenal to become left-back for the next decade.

Players such as Beckham, Scholes and Owen, who had stagnated under Keegan, were re-born and Darius Vassell had the happy habit of saving his best performances for England.

Injuries to Gary Neville and Steven Gerrard pre-tournament meant Danny Mills and Owen Hargreaves were drafted in for the 1-1 draw with Sweden.

England did OK in 2002, reaching the quarter-finals without ever truly looking like winning the whole thing. This line-up reflects that. 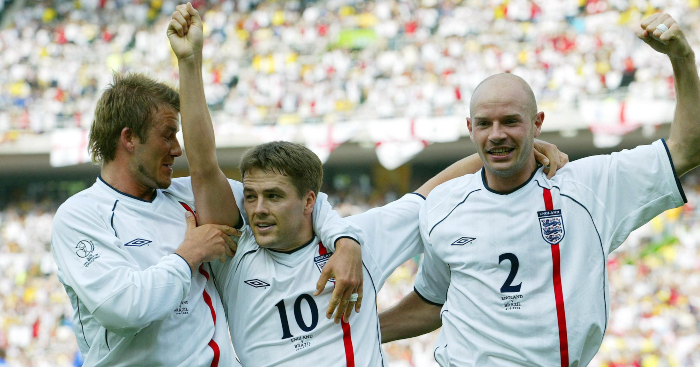 England began their path to Germany 2006 with an underwhelming 2-2 draw in Austria, best remembered for a David James howler that saw the squad boycott the press in protest at their treatment of the goalkeeper.

By the finals, James had been replaced by Spurs’ Paul Robinson but the rest of the team had a recognisable look to it.

Wayne Rooney injured his metatarsal that April, so Peter Crouch took his place up front. Alan Smith, who started in Vienna, was ruled out with a broken leg.

England stank the tournament out, winning but refusing to be entertaining while doing so – Joe Cole’s stunner against Sweden aside – before being knocked out on penalties by Portugal for a second successive tournament.

One thing to note is that Hargreaves, who was booed after coming on during the 1-0 win over Paraguay, ended up their best player of the tournament.

#OnThisBettingDay in 2006, favourites England beat Paraguay in their World Cup opener thanks to this own goal from a David Beckham free-kick

Hands up who can remember Stewart Downing in an England shirt?

This game, a 2-0 win over Andorra thanks to a double from Joe Cole, failed to raise expectations after missing out on Euro 2008.

But Fabio Capello guided England to a near faultless campaign, thrashing Croatia twice and installing England as one of the favourites to win the competition.

Capello preferred experience, as can be seen in both line-ups. Emile Heskey came off the bench in Barcelona to earn a starting spot at the World Cup, primarily to facilitate Rooney, while Ledley King replaced Joleon Lescott at centre-back.

England were hilariously bad in South Africa and the 1-1 draw against the USA, featuring one the great goalkeeping gaffes by Rob Green, set the tone for a miserable tournament.

Looking back, the team that started the finals looks far too slow for the Master’s League, never mind the World Cup.

England were caught between eras under Roy Hodgson. The last of the golden generation were fading from view, while the youngsters coming through weren’t at the same level.

Just look at the line-up for their first 2014 World Cup qualifier in Moldova – Terry, Lampard and Gerrard are still around while men such as Alex Oxlade-Chamberlain and Tom Cleverley never quite impressed in an England shirt.

A 5-0 win failed to mask a stuttering campaign where qualification was only sealed by a final day victory over Poland.

Maybe Hodgson realised this. By the time England travelled to Brazil, younger players such as Jordan Henderson, Ross Barkley, Raheem Sterling and Daniel Sturridge were given roles. But playing Rooney on the left-wing, simply to accommodate him, seemed like the biggest error.

England lost 2-1 in an entertaining contest against Italy and finished bottom of their group. A 0-0 draw with Costa Rica was their only reward.

The career zenith of Sam Allardyce.

England stumbled to a 1-0 win over Slovakia in September 2016, having been held to a goalless draw by the same opponents at that summer’s Euros.

It would prove to both a beginning and an end for Big Sam, who was sacked later that month to be replaced by Southgate. Showing a ruthlessness that took many by surprise, he instantly jettisoned Rooney and began phasing out other big names such as Daniel Sturridge and Joe Hart.

By the time they faced Tunisia at the 2018 World Cup, England’s line-up contained some unfamiliar names. Jordan Pickford was goalkeeper for relegated Sunderland at the start of qualifying, while Harry Maguire famously travelled to Euro 2016 with his mates.

While some unfairly claimed England had an easy run to the semi-finals, it’s fair to say those decisions proved correct. That summer will remain cherished memories to a generation of supporters.