Comparing Tottenham’s record with and without Dele Alli under Mourinho 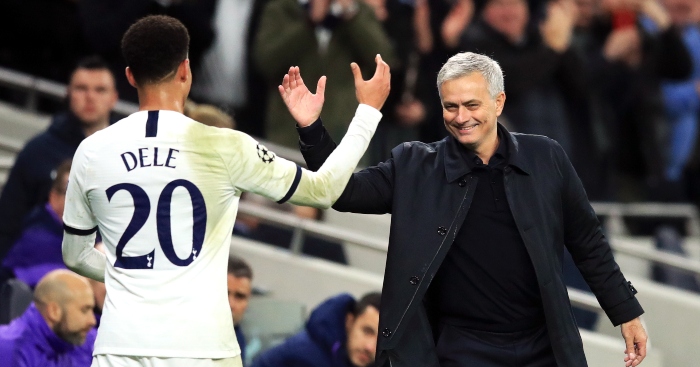 After making a brilliant start to his Tottenham career, Dele Alli has been struggling for consistent form in recent months.

The midfielder developed into one of the best players in the Premier League during Mauricio Pochettino’s reign but has fallen out of favour under Jose Mourinho.

We’ve taken a look at Spurs’ record under Mourinho when Alli starts and compared it to their record when he is on the bench or missing from the matchday squad altogether.

These stats don’t take into account the quality of the opposition, the standard of Spurs’ line-up or a selection of other factors, but their win rate is significantly higher when Alli doesn’t start.

Mourinho’s side also average more points per game and score more goals per game when the England international is not in the starting XI.