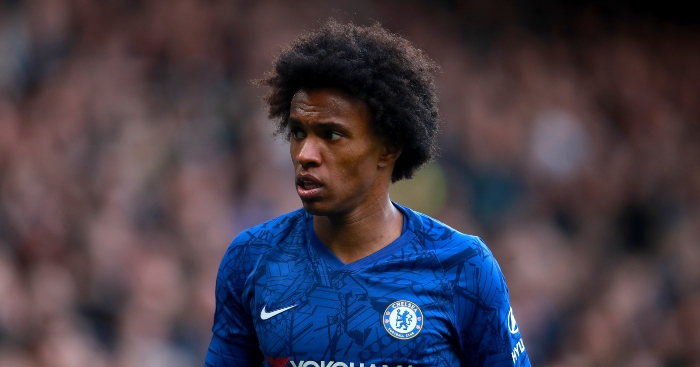 Arsenal have confirmed the signing of Willian on a three-year contract after the Brazilian left Chelsea.

The 31-year-old Brazilian winger has plenty of Premier League experience, making 234 appearances for the Blues since joining in 2013, scoring 37 goals. But what exactly will he bring to the party?

Only Aubameyang and Lacazette scored more goals in the Premier League last season (22 and 10 respectively) than Willian (nine), while no Arsenal player registered more assists than his tally of seven.

With a combined 16 direct contributions to goals, only Aubameyang had a hand in more (22 goals and three assists).

In terms of their time on the pitch, Willian registered a goal or assist every 162.8 minutes, which was bettered only by Aubameyang (125.5 minutes) and Lacazette (134.1 minutes).

Willian's stunning opener for Chelsea at the Tottenham Hotspur Stadium is the @GilletteUK #PrecisionPlayOfTheWeek pic.twitter.com/vutHkZ2M1n

Pepe was the most prolific dribbler – 11th overall in the Premier League – with 3.2 successful dribbles per 90 minutes and a success rate of 54.2%. The Frenchman also became the first player in over 50 games to dribble past Liverpool’s Virgil van Dijk.

Willian didn’t complete quite as many dribbles (2.2 per 90) but was more successful with those he attempted, with a success rate of 54.2%.

It’s from a smaller sample size so ought to be taken with a pinch of salt, but Martinelli topped the chart in terms of tackles of these players. The young Brazilian averaged 2.7 per 90, while Saka was behind on 1.8 tackles averaged, likely thanks to operating as a full-back at times last season.