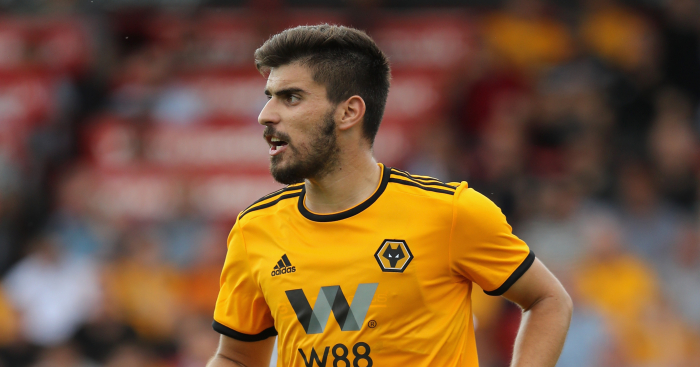 Since Fosun International Group completed their takeover of Wolves in 2016, the club has gone from mid-table in the second tier to being fancied for a top-half finish in the Premier League.

Wolves’ last competitive fixture before the takeover came in May 2016 as a 2-1 victory over Sheffield Wednesday secured 14th place in the Championship.

We’ve looked back at the starting XI that day to compare it to the side which could take to the field for their Premier League opener against Everton.

Carl Ikeme kept goal for Wolves on the last day of the 2015-16 and was between the posts for the majority of the following season, only to have to miss the promotion campaign as he was sadly diagnosed with leukaemia.

Thankfully, the 32-year-old recently revealed he is in “complete remission” after “a tough year and intense chemotherapy”.

In the absence of Ikeme, former Norwich and England goalkeeper John Ruddy proved an able deputy, but Jorge Mendes’ links saw Wolves land an impressive upgrade ahead of their return to the top flight with the signing of Portugal No.1 Rui Patricio.

If someone had told me the day Fosun took over that we'd be about to play Premier League football with a team that included Rui Patricio and Moutinho I'd have laughed til it hurt. What a ride we're on #wwfc

The fundamental difference between how Wolves now set up is that they operate with a back three under Nuno Espirito Santo.

Against Wednesday, then-manager Kenny Jackett opted for a back four of Dominic Iorfa, Danny Batth, Kortney Hause and Matt Doherty.

All four players remain at the club, but England Under-21 internationals Iorfa and Hause and club captain Batth are no longer regulars in the starting XI.

However, Doherty, who started as a left-back at Wednesday, is expected to start the season at right wing-back.

Barry Douglas was one of the Championship’s best players at left wing-back during their promotion season, but the Scotland international is now expected to join Leeds United after the wonderfully-named Spain Under-21 international Jonny Castro moved to Molineux on loan from Atletico Madrid.

Plenty has changed in the middle of the defence, where Connor Coady has been converted from midfield and often captains the side. The popular Willy Boly will be to his left after his loan deal from Porto was made permanent.

The battle for right centre-back is expected to be between Ryan Bennett, who operated in the position for much of last season, and Romain Saiss. Saiss was mainly deployed as a midfielder last term but is likely to be used in defence given the arrival of Joao Moutinho.

Nuno also wants a new central midfield partner for Ruben Neves, with Romain Saiss expected to switch to the back as one of three central defenders, which he where he plays for Morocco.

Again, Jacket opted for a more traditional four across midfield against Wednesday. Jed Wallace started on the right flank with George Saville on the opposite side; both players can now be found at Millwall.

In the middle of the park, Coady played alongside Jack Price. As previously mentioned, Coady has now been converted into a centre-back, while Price plys his trade for the Colorado Rapids in MLS.

Coady’s transformation has come as no surprise to his former Liverpool team-mate Jack Robinson, who told us earlier this year: “He has settled at Wolves and he has got that structure behind him now.

“They know exactly what he does and what he brings to the team. He is a captain and a leader. He’s the talker of the team. He was always captain at every age group and England the same.”

In place of those players, Wolves will have an incredibly tasty looking central midfield in the Premier League.

Mendes links have seen the club land Ruben Neves and Joao Moutinho. Neves was the Championship’s best player as Wolves won promotion, while Moutinho has arrived this summer for only £5million and offers a wealth of experience at the highest level.

Last time in the PL we had Karl Henry and Dave Edwards in midfield. This time we’ll have Ruben Neves and Joao Moutinho.

If Moutinho and Neves provide a stark contrast in midfield, there is an equally eye-catching transformation in attack.

James Henry played just off Joe Mason on that day in May two years ago, a duo to score a combined 25 goals in 146 appearances for the club.

Mason is still a Wolves player, having ended a loan spell at Colorado Rapids early, while Henry now plays for League One outfit Oxford United.

In a three-man attack, Portuguese duo Helder Costa and Diogo Jota – signed from Benfica and Atletico Madrid respectively – are likely to provide the width alongside Wolves’ wing-backs.

After signing Benik Afobe permanently only to allow him to immediately join Stoke, Wolves are still in the market for a new striker.

Leo Bonatini ended last season as their top goalscorer with 12, despite scoring his last goal in December 2017.

Raul Jimenez has been signed on loan from Benfica and is likely to start against Everton as the central striker unless a new arrival joins in the interim period.