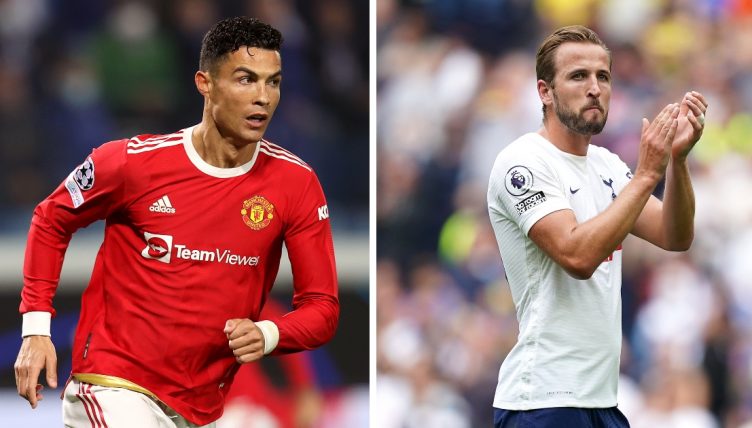 Tottenham’s Harry Kane has been linked with a summer move to Manchester United – but how does he compare with Cristiano Ronaldo?

Kane has established himself as one of the best strikers in the world in recent seasons, winning three Premier League Golden Boot awards.

The England international was linked with a move to Manchester City last summer but Pep Guardiola’s side refused to pay Tottenham’s £150million asking price.

He then endured a difficult start to the season under Nuno Espirito Santo but has recaptured his best form under Antonio Conte in recent weeks.

According to the Daily Mirror, United are planning to make a fresh bid for Kane as City are prioritising Borussia Dortmund’s Erling Haaland.

If Kane does complete a move to United it could potentially spell the end for Ronaldo, who returned to Old Trafford for a second spell last summer.

The 37-year-old recently rolled back the years with a brilliant hat-trick in United’s 3-2 win over Tottenham but has often been criticised for his own performances this season.

We’ve compared Kane and Ronaldo’s stats in all competitions at club level in 2021-22 to see who comes out on top.

As the stats show, Kane has slightly more goals and more assists than Ronaldo this season but has played more minutes than the United forward.

We should also point out that both strikers have 12 Premier League goals but six of Ronaldo’s goals this season have come in the Champions League and six of Kane’s were in the UEFA Conference League.

But Kane has become renowned for his work in the build-up and averages more key passes and successful dribbles per 90 league minutes.