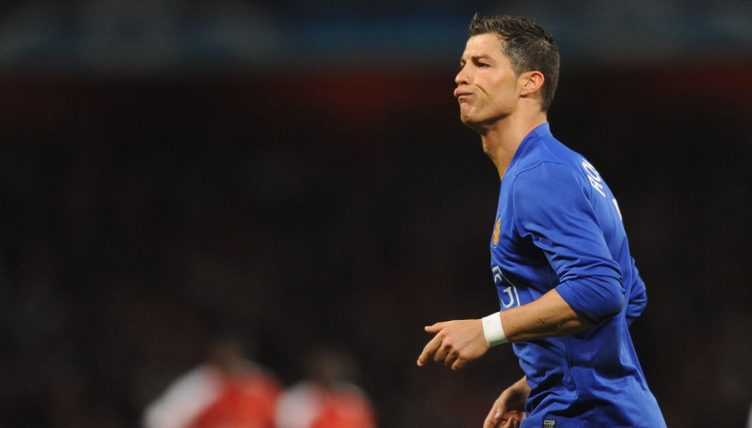 While he’s lost the title in recent years, Manchester United striker Cristiano Ronaldo was once regarded as the best free-kick taker in the world.

Ronaldo scored 14 free-kick goals during his first spell at United between 2003 and 2009 and famously developed the ‘knuckleball’ technique.

He’s scored one more free-kick for the club since his return in 2021 – against Norwich in the Premier League – and we’ve ranked his 15 free-kick goals for United from worst to best.

Unsurprisingly, Ronaldo’s last goal from his first spell at United was a direct free-kick.

But his free-kick against City wasn’t one of his best. The ball deflected off the wall and Shay Given got a hand to it before it hit the back of the net.

Video: Do you still remember this Ronaldo goal against Manchester City in 2009? Ronaldo is back again to break the noisy neighbours heart. pic.twitter.com/0Fd7BySCLa
Retweet if you're a Man United fan. Do follow me too as i will follow back everyone.#BBNaijia Big Wiz

After seemingly losing his ability to score free-kicks, Ronaldo stunned Old Trafford with this strike against Norwich.

But goalkeeper Tim Krul does manage to get his hands on the ball and should probably keep it out.

Cristiano Ronaldo's winning free-kick against Norwich from all angles ✨ pic.twitter.com/r24WsDqHTK

Admittedly, the goalkeeper should do better as the ball ends up near the middle of the goal.

But we have to admire Ronaldo for doing his trademark run-up before hitting his effort under the wall.

Newcastle clearly needed a draught excluder behind that wall.

⏮ January 2008—Cristiano Ronaldo scores his only Manchester United hat-trick. It was against Newcastle. United face Newcastle on Saturday on Ronaldo's return to Old Trafford…

A seven-man wall? That’s no problem for Ronaldo.

Cristiano Ronaldo scored not one, but two free-kicks against Stoke City and reached 100 goals for Manchester United.

While the Portsmouth players waited for the ball to be crossed into the box, Ronaldo took everybody by surprise.

He drilled the ball low and hard towards the far post, prompting a bouncing effort that goalkeeper Shaka Hislop couldn’t keep out.

“Ronaldo’s goal has been coming because he has put some terrific balls into the box. He really hits them – he is a tremendous hitter of the dead ball,” Sir Alex Ferguson said after the game.

United’s win over Aston Villa in 2009 is best remembered as the game where Federico Macheda made his sensational debut. But Ronaldo also scored twice in that game, including an indirect free-kick in the first half. (And yes, before you ask, we’re counting it).

Despite being surrounded by a swarm of Villa players, he still managed to pick his spot and fire the ball beyond Brad Friedel’s reach.

7 men in the wall and he still scored. 😱

Ronaldo scored six free-kick goals for United in the 2008-09 season and the first of those came in the third minute of a 5-0 win over Stoke City.

While the ball did move in the area, goalkeeper Thomas Sorensen will probably feel that he should have saved it.

After being fouled by Bolton’s Abdoulaye Meite, Ronaldo picked himself up off the floor and immediately made the Bolton defender regret it.

The winger, who was wearing the captain’s armband, produced a strike that appeared to contravene the laws of physics – rising, dipping and swerving over a six-man wall to leave Ali Al-Habsi clutching thin air.

One of three free-kick goals against Portsmouth, Ronaldo relied on sheer power on this occasion and the ball flew past David James.

Blink and you’ll miss it.

After failing to score a free-kick goal for Sporting, Ronaldo decided to show his former club what he’d learnt during his time at Old Trafford.

Goalkeeper Rui Patricio was left bewildered by the swerving free-kick and Ronaldo nonchalantly celebrated his last-minute winner for United.

On this day in 2007, Cristiano Ronaldo scored a special free-kick against former team Sporting 🤤pic.twitter.com/zncbTDIFwd

During United’s Premier League game against Fulham in 2006, Ronaldo sent three efforts into row Z before saving his best till last.

After United won a free-kick by the left-hand edge of the penalty area, Blackburn probably weren’t too worried due to the acute angle.

Ronaldo probably only had one spot to aim at – the top right-hand corner of Paul Robinson’s net – but he managed to find it with staggering precision.

12 years ago today, trademark Cristiano Ronaldo free-kick vs Blackburn in the 08/09 season. pic.twitter.com/sLTCvj3msf

Unpopular opinion- this Ronaldo free kick is better than his vs Portsmouth. pic.twitter.com/M8ep1u86HD

“It’s too far for Ronaldo to think about it,” commentator Clive Tyldesley famously said during United’s Champions League semi-final against Arsenal.

Seconds later, the Portugal international made him look rather foolish.

One of Cristiano Ronaldo's greatest goals ever? 🤩

His free-kick against Arsenal was just outrageous 😳👏

There was only ever going to be one winner… 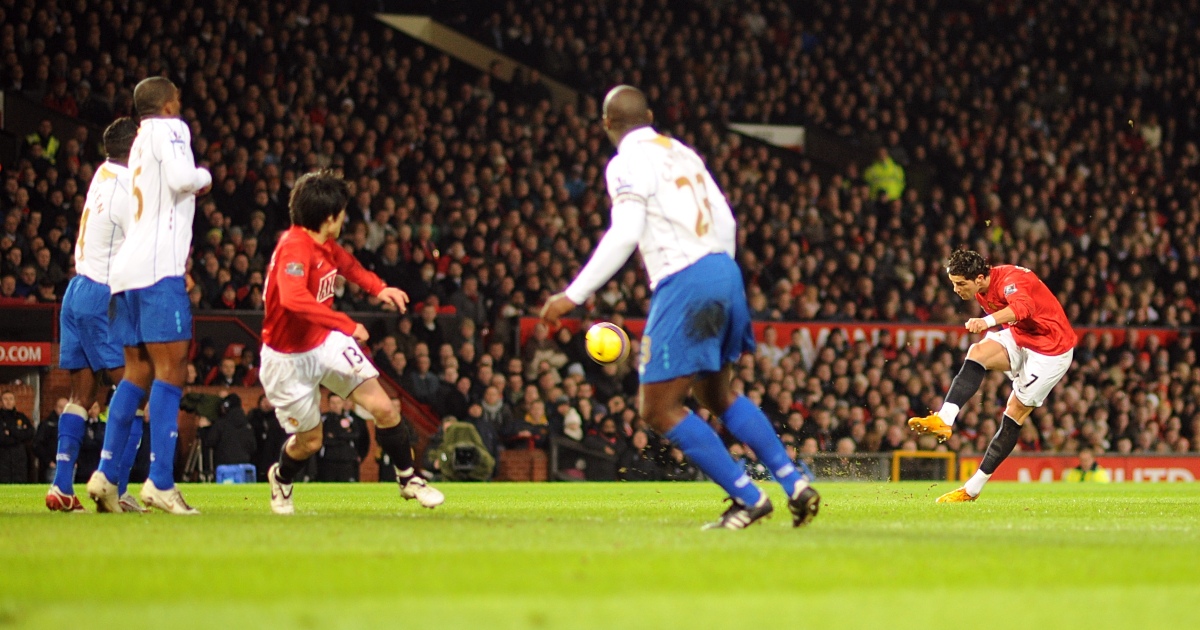